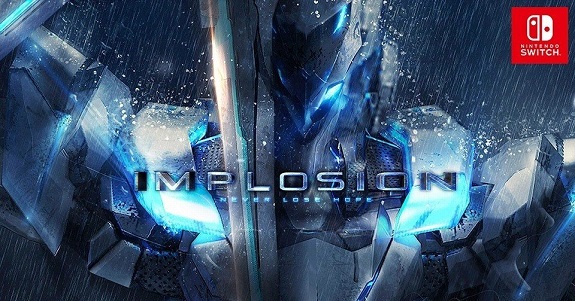 Let’s start with a reminder about the story:

Twenty years after the fall of Earth, the remnants of the Human race are once again faced with extinction. The time has come to justify our existence. A mysterious life form known as the XADA squares off against humanity’s last weapon – the War-Mech series III battle suit.

A vast arsenal of super-tech weaponry at your disposal, upgradable via the streamlined ARK Kernel system. Become the ultimate fusion of Man and Machine. Ensure the survival of the species.

As mentioned in the previous post, the gameplay is centered around two types of attacks:

Depending on the number of regular shots, you will get a different type of heavy shot. Finding the right timing and combos for your heavy shots is going to be key to defeat the strongest of enemies in the game.

As mentioned above, the War-Mech series III battle suit (or WM – III for short) can be equipped with up to 7 different ARKs, that you earn by clearing stages, or as drops from enemies. There’s four different types of ARKs:

Finally, here’s the various characters found in the game:

About the WM-III mentioned above, they’re battle suits developed to combat XADA, mysterious life forms that threatens the very survival of the human species. It’s not something operated from within (like a mecha, for example); instead, the pilot’s consciousness is directly injected inside, and they pilot it from a distance.

At the end of each chapter, there’s a powerful XADA boss for you to defeat. They’re a lot tougher than regular enemies, and you will need to use every trick in the book to kill them.

Finally, here’s plenty of screenshots and artworks for the game:

Implosion (Switch – eShop) will be released in July, worldwide.