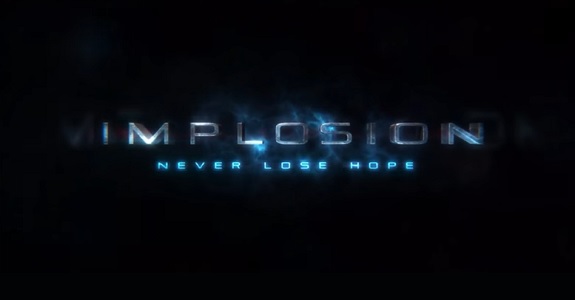 Update: Circle Ent. confirmed that Implosion would be released in Europe and North America, next month (in July). We also have a couple of screenshots: you will find them below!

This week, Famitsu will reveal a brand new game for the Nintendo Switch, from Rayark (the developers of VOEZ). And it couldn’t be any more different from the previous one, since it’s an action game called Implosion. It’s already available on Android and iOS, where it’s been downloaded several million times worldwide.

Here’s what the game is about:

Twenty years after the fall of Earth, the remnants of the Human race are once again faced with extinction. The time has come to justify our existence. A mysterious life form known as the XADA squares off against humanity’s last weapon – the War-Mech series III battle suit.

A vast arsenal of super-tech weaponry at your disposal, upgradable via the streamlined ARK Kernel system. Become the ultimate fusion of Man and Machine. Ensure the survival of the species.

In Implosion, you get to control a character using the War-Mech series III battle suit, described as humanity’s last weapon. As mentioned just above, you can customise and upgrade it using the ARK Kernel system. The game offers a “refreshing” battle system, where stylish actions are key. Just like the mobile game, this Nintendo Switch version is said to offer accessible controls, with only two buttons used for attacks:

The kind of moves you pull off depends on the timing of your attacks.

Here’s the various characters and their (Japanese) voice actors:

According to Famitsu magazine, development is 99% complete, which is hardly surprising: the game will be released in July in Japan, where it will cost 1 111 yen (+ taxes). The mobile version offers a few levels for free, and then you have to purchase the rest with a one-time purchase (like Super Mario Run). Unfortunately, we don’t know if it will be the same on Nintendo Switch…

If you’re curious about what Implosion looks like, here’s the trailer for the mobile version:

Implosion (Switch – eShop) will be released in July worldwide. The Upcoming Releases page has been updated!