For many, the writing was on the wall, as SEGA remained completely silent about the western release of Hatsune Miku: Project Mirai DX. But today, the company finally confirmed it: the game will not come out next week in Europe and North America (the Japanese release is not impacted and will still take place on May 26th).

SEGA also revealed a Launch Edition for the game, which will only only be sold in North America apparently. It will include: 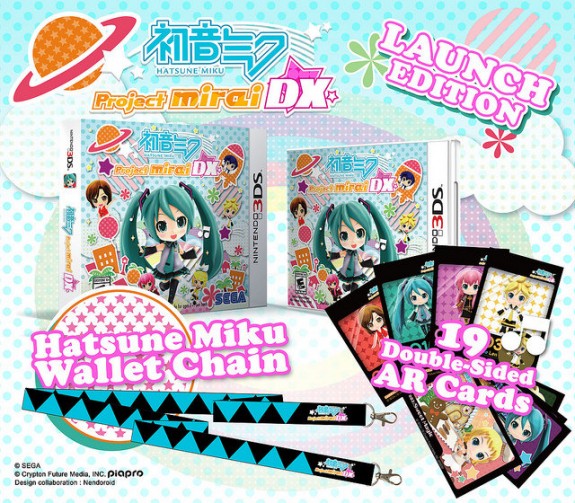 Hatsune Miku: Project Mirai DX includes 48 songs, two types of controls (Tap and Buttons), multiple difficulty levels, challenges, a virtual apartment to decorate, the Mirai Theater (for a replay of your favorite songs), the Dance Studio (to create your own choregraphy), My Tune (to compose your own songs), and Profile Cards (to share information with other players via StreetPass).

Hatsune Miku: Project Mirai DX (3DS) comes out on May 26th in Japan, September 8th in North America and September 11th in Europe.