We’ve added some screenshots: you will find them below!

With the GamesCom kicking off today in Cologne (though only for the press and members of the industry), Nintendo thought now was the perfect time to make some announcements. One of them is about the terrifying Project Zero: Maiden of Black Water, which is coming out on October 30th in Europe (just in time for Halloween)! 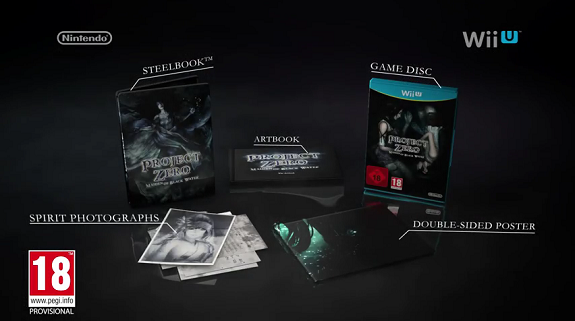 The game will be available in two editions:

– Project Zero: Maiden of Black Water – trial version, which allows you to try out the prologue and the first 2 chapters at no cost. After that, you can chose to purchase the rest of the game if you’re interested.
– Limited Edition: the only version sold at retail. It comes with a copy of the game (in its standalone packaging), a double-sided poster, an art book, four Spirit Photographs, and a SteelBook cover.

Here’s a video showcasing the contents of the Limited Edition:

The trailer confirms that the game will only playable in the following languages:

Project Zero: Maiden of Black Water (Wii U) is coming out on October 30th in Europe, and later this year in North America.