In this post, you will find all there is to know about Fire Emblem Heroes Ver. 3.7.0, which is releasing on July 7th/8th! As usual, the official patch notes will be added to this page as soon as they’re available!

Here’s the main changes planned for this update:

Starting with Season 35 (July 9th to July 16th), there will be Defense Rewards in Ather Raids. This will allow you to get various rewards based on your Defense results, and more precisely the total Lift lost across the three failed Defenses with the highest Lift lost. Basically, the less total Lift you lose, the more Dragonflowers you will earn as a reward. If you’re Tier 20 or above, you will be able to more rewards.

As a result of this change, the Aether Raids and Coliseum sesons beginning on July 2nd will end one day earlier. 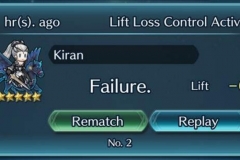 Finally, the level cap of one structure will be raised:

And yes, Aether Resort is also getting an update:

What would a Software update for Fire Emblem Heroes be without the usual Weapon Refinery Update? First, some new character-specific weapon skills learnable at 5 ★ will be added:

Of course, you will be able to upgrade those in the Weapon Refinery once they have been unlocked.

The following Heroes will be added to Heroic Grails: