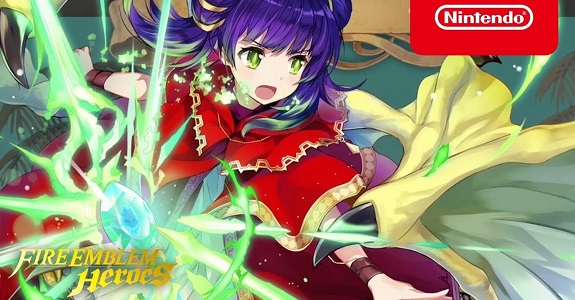 Last week, Nintendo and Intelligent Systems revealed the Event Calendar for January, February, and Early March, with the various events and content updates coming to Fire Emblem Heroes during those months. If you’ve already taken a look at that calendar, you already know that a new Summoning Focus is going live today, and runs until February 9th.

This new Summoning Focus is called Sacred Memories, and it brings even more Heroes from Fire Emblem: The Sacred Stones. Considering the next Grand Hero Battle features Lyon, a character from that game, it was to be expected the new Summoning Focus would also feature characters from it.

Here’s the list of Heroes included in this new Summoning Focus:

And as usual, a brand new set of Story Maps also went live at the same time as the new Summoning Focus. This time again, it’s a Story Chapter, called “Fiery Resolve”. Yes, it’s already time for Chapter 4 of Book II, which began back in November with the release of Ver. 2.0.0 of Fire Emblem Heroes, and only got a new chapter on January 12th.

Finally, a new Log-in Bonus also went live at the same time as the Summoning Focus. But that’s not all: Maria: The Crimson Flash is coming at a later date!