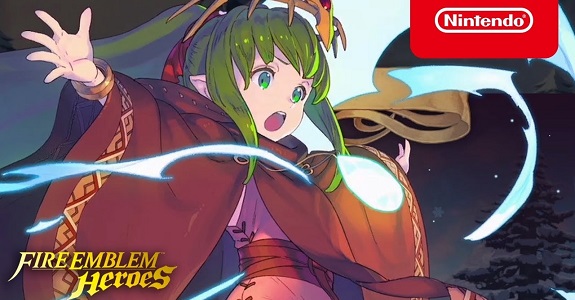 It’s already the end of the month, which means it’s now time for the next Legendary Summoning Event for Fire Emblem Heroes! This one will allow you to get a new version of Tiki, called Tiki: Legendary Dragon. It runs from September 28th (that’s tomorrow!) to October 5th, leaving you roughly a week to try to get that new Legendary Hero… or one of the many others Heroes featured in this Summoning Event.

Here’s the various Heroes featured in this new Legendary Hero Summoning Event (as usual, the Summoning rate for 5 ★ Focus Heroes has been bumped to 8%, and the one for regular 5 ★ Heroes lowered to 0%):

Here’s the usual trailer introducing the Legendary Summoning Event and its Heroes (English and Japanese versions):

As usual, check out the Events and Content Updates and Characters pages to keep up to date with all that’s happening in Fire Emblem Heroes!