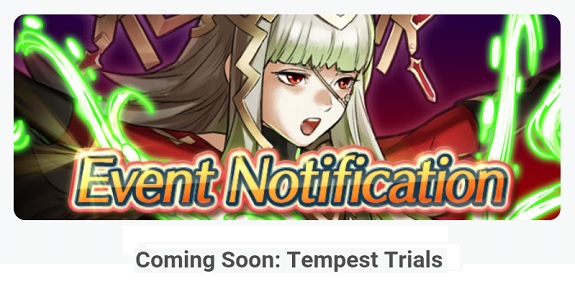 Today, it was announced that a new type of event for Fire Emblem Heroes would go live on Thursday: the Tempest Trials. It’s the “survival mode” that was first introduced during the FEH Channel presentation a few weeks ago, and it’s aimed at fans looking for some real challenge. For details about Tempest Trials themselves, check out the “What are Tempest Trials?” section below!

The first Tempest Trials event is called Dark Clouds over Awakening, and will be live from June 8th to June 22nd. You need to download the latest update in order to take part: click here for more details!

Here’s the rewards you can claim during this first Tempest Trials event:

Since all players get at least 1 billion points before June 13th (they got 2 639 517 292 in total), everyone gets the following as special Log-in Bonus:

And here’s the bonus Heroes for this first Tempest Trials event:

What are Tempest Trials?

Tempest Trials are a new kind of events for Fire Emblem Heroes. You get to challenge a series of high-difficulty maps, in order to get rewards. You can clear them repeatedly, which allows you to increase your score. This is pretty important, because the rewards you get depend on that very score! You can access Tempest Trials via the Battle section of the app. 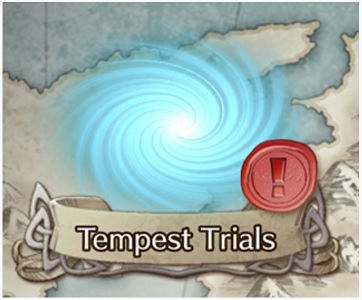 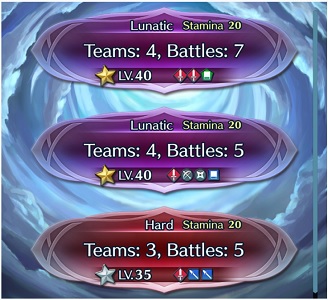 And of course, the “all units that fall in battle will remain unusable until you’ve cleared the last map” rule doesn’t apply to enemies. If you start over a map using a new team, enemies will have respawned! However, their starting HP will be lowered by 20%, and their cooldown will be reset, which means they basically become easier to beat every time.

When you have cleared the final map of a session (which is always a boss battle), you can get your points. That score is based on your overall completion, and increases for the number of maps cleared, speed, and ally survival. Don’t worry if you happen to fail: you will still get a lower score based on the number of maps cleared, but naturally, if you want the highest score possible, failure is not an option!

You can check out the rewards available during this first Tempest Trials event above! 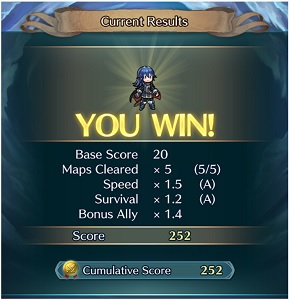 One thing to keep in mind is that you also receive a ranking based on your cumulative score, and there’s some additional rewards you get based on that very ranking. For example, the screenshot below shows you can get a ★5 Masked Marth, some Orbs, and more. 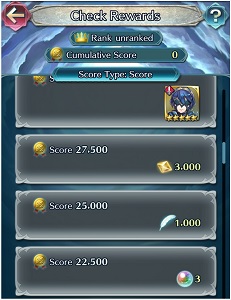 Also, just like in the Arena, there’s Bonus Allies that you can use to increase your score. All you need is to have just one of those go into battle at least once, and you will get the bonus. It looks like there’s several tiers (+20%, 40%), depending on the Heroes used. Do note that you cannot stack the bonuses by using multiple Bonus Allies: only the one giving you the biggest bonus will be kept.

Finally, here’s some screenshots for the Tempest Trials (including an artwork for Masked Marth, that’s part of the first one):