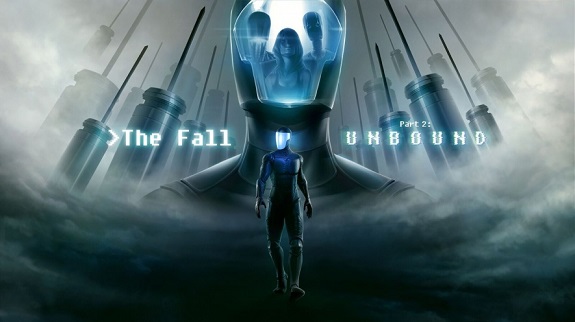 A few months ago, Over The Moon announced they were working on The Fall Part 2: Unbound, the “sequel” to The Fall (released on Wii U). It was originally announced for the Wii U (and other platforms), and a few weeks ago, the infographic shared by Nintendo revealed that the game was also coming to the Nintendo Switch.

Yesterday, Over The Moon sent a press release to re-confirm the news, and to the surprise of no one, the Wii U version is not mentioned once (it’s pretty safe to assume it’s been cancelled).

In The Fall Part 2: Unbound, players get to control A.R.I.D., an “abandoned and broken AI who struggles to survive a collapse in her operating parameters”. You have to help her re-establish her boundaries, before she’s taken over by a dark, mysterious, and invasive process that could very well make her disappear completely.

She can invade other robots in order to get their help, but when she does so, she’s forced to work withing their personal quirks and operating parameters. As you progress, A.R.I.D. will be able to understand her hosts on a deeper level, and carry over the “perceptual mechanics” from one robot to the other.

According to the developers, the various puzzles of the game are solved by “perceiving the environment from different perspectives and comparing the information they find in creative ways”. Naturally, The Fall’s signature dark humour is back, so if that’s one aspect of the original game that you liked, that’s pretty good news!

Here’s some of the contemporary issues John Warner (the Director) drew inspiration from for the story:

“There’s a growing debate about the looming threat of artificial intelligence. Can we build an AI that serves us?  One that we can control?  Or at the very least, one that is psychologically healthy and isn’t a threat to us?  For that matter, what is ‘health’? Can it be defined for the sake of building an AI, and do humans even have a good definition for that? How do you know that you’re healthy?”

“Having a robust way of perceiving the world is a pretty good starting point to talk about psychological health” says Warner, “And by making gameplay around these mechanics, we can explore a lot of fun ideas without being overly cerebral or choking the game with philosophical dialogue.”

With this game, the developers promise to put players “players in perspectives that they’ve never experienced in a video game before”. They describe it as Metroidvania meets Point and Click adventure, and claim that the “gameplay and its story are specifically designed to make players reflect on these ideas” (ie: “artificial intelligence, the value of personal boundaries and respecting others”).

The Fall Part 2: Unbound (Switch – eShop) will be released in Q3 2017. The Upcoming Releases page has been updated!

Source: Over The Moon PR