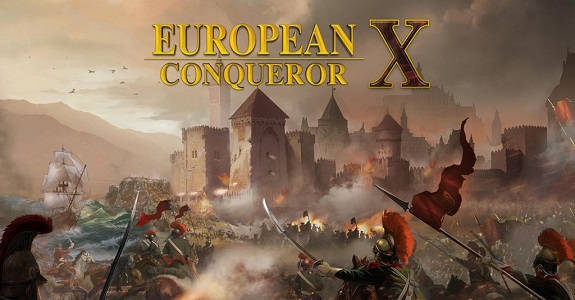 In July, Circle Ent. revealed several games for the Nintendo Switch, releasing later this year in Europe and North America. Now that July is pretty much over, the publisher has one last announcement to make, and this one is for strategy games fans! Their last July reveal is none other than European Conqueror X, the latest game in the Conqueror series (with several entries on Nintendo 3DS, and already one on Nintendo Switch).

European Conqueror X is once again develoepd by EasyTech, and it will be released later this year in Europe and North America. Like the previous game, it will offer challenging turn-based strategy gameplay, with scenarios based on key historical periods. This time around, the game is set in late 18th and early 18th Century, in Europe. In other words, you have to use weapons and units from that time period and region.

Several game modes have already been revealed (with more to come in upcoming weeks and months):

European Conqueror X (Switch – eShop) comes out later this year in Europe and North America. The Upcoming Games page has been updated!