Etrian Odyssey 2 Untold: The Fafnir Knight comes out this Summer in North America. Just like pretty much all Atlus releases the past few years, it’s getting various first-print bonuses at launch. Those include:

22 pages of art, including early drafts of character concepts, introductions to the characters, with both explanations of their individual back stories as well as developer insight to the character creation process, and QR Codes that will unlock some beginner-friendly Grimoire Stones.

CD soundtrack of early versions of the EO2U music by series composer, Yuzo Koshiro. It also has a brief foreword by both Koshiro and EO2U director Shigeo Komori. The CD packaging also has an EO2U mini-comic!

This “limited edition” will only be available for a limited time at launch. Here’s a visual: 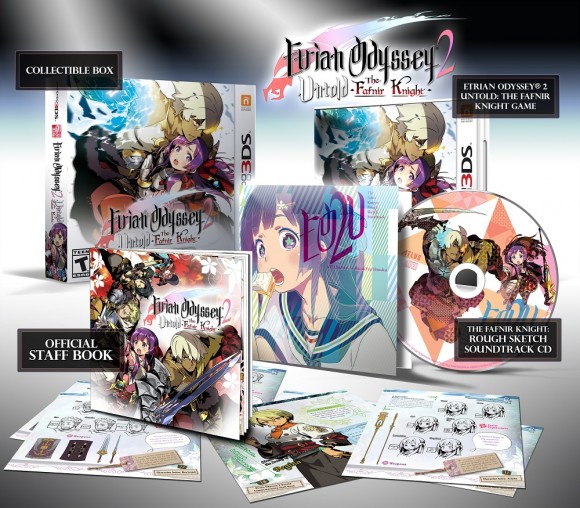