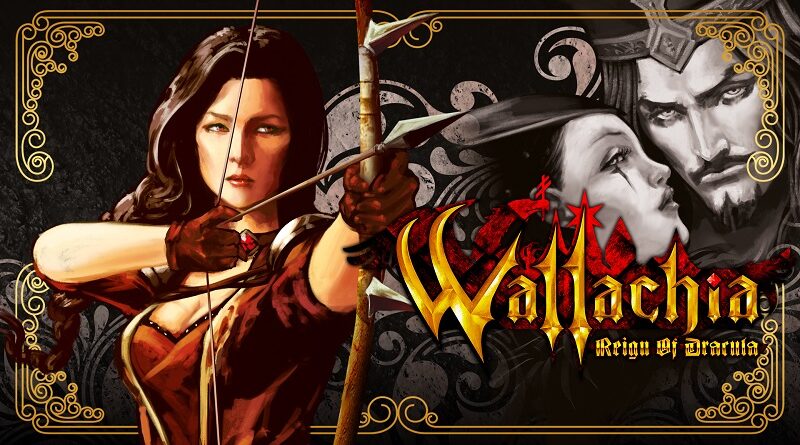 No Gravity Games and PixelHeart have announced their latest game for the Nintendo Switch: Wallachia: Reign of Dracula, an action platformer developed by Migami Games. It will be released on October 29th, and it’s now available for pre-purchase on the Nintendo eShop.

It costs 14.99€ / $14.99, but you can get 20% off if you pre-purchase it, and 40% off if you already own any of these games on Nintendo Switch: Alder’s Blood, Creepy Tale, Star Horizon, Strike Force Kitty, Nonograms Prophecy, Make War, Ego Protocol: Remastered, Pirates: All Aboard!, Dream Alone, Exorder, Rawr-Off, Pool Pro GOLD, KIDS: Farm Coloring, Connection Haunted, Drag Racing Rivals, Powertris.

Fill the quiver with arrows and prepare for a challenging, old-style bow shooting and sword fighting. Sink in the retro gameplay wrapped with pixel art visuals. Take on the role of a female protagonist Elcin Floarea to take on Vlad Dracula and free Wallachia of its tyrant ruler once and for all.

Wallachia: Reign of Dracula is an action & shooter platformer inspired by great video game classics (e.g. Castlevania). The game will challenge your reflex, aim, and agility skills. Its unparalleled difficulty will satisfy fans of old-school, unforgiving, and complex gameplay. Watch out for enemies attacking you from every direction, hidden traps, and ruthless bosses! The game has a full, professional voice-over by talented actors, Kira Buckland and Robert Belgrade.

You will enjoy a unique soundtrack and story revolving around the one and only true vampire – Vlad the Impaler. 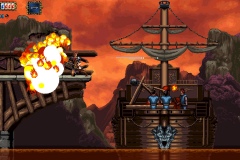 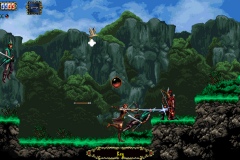 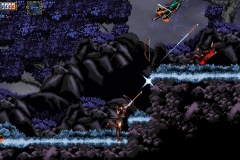 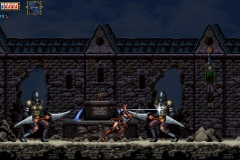 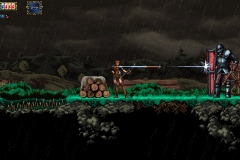 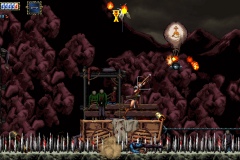 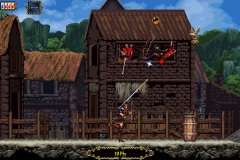 Wallachia: Reign of Dracula (Switch – eShop) comes out on October 29th in Europe and North America.

Blowfish Studios have announced that Nine Witches: Family Disruption will be released on December 4th in Europe and North America. Beep will bring the game to Japan this Winter. It will cost 17.99€ / £15.99 / $19.99, and will offer the following playable languages: English, Spanish, German, French, Brazilian Portuguese, Russian, and Simplified and Traditional Chinese.

Here’s the latest trailer, along with some more details:

As World War II nears its climax, air raids and artillery shells are the least of Sundäe’s concerns. The remote Norwegian village, home to the delicious three-testicled salmon, has caught the interest of the Third Reich’s Okkulte-55 Division, who are keen to exploit this supernatural hotspot and turn the tide of battle in Germany’s favor. Enter two unlikely heroes: Professor Alexei Krakovitz, a Russian paranormal scholar, and his trusty assistant, Akiro Kagasawa, who must save the day before the Nazis literally raise Hell.

Explore the Scandinavian hamlet and surrounding region, swapping between Krakovitz and Kagasawa to search for intel about the Okkulte-55 Division’s schemes. Interact with more than 50 characters, each more colorful than the last, while uncovering clues to help stop the Third Reich’s dark designs. Traverse the astral plane as Professor Krakovitz, communing with long-departed spirits to learn more about the strange and otherworldly history of Sundäe, or harness Kagasawa’s special combat training when faced with corporeal threats.

Savor the distinct, jocose culture of Sundäe and its residents on a winding journey punctuated by amusing quips, absurd comedy, and finely-crafted pixel art. Experience a narrative inspired by history and infused with paranormal realism that balances heart and humor in equal measure. Leave no stone unturned while uncovering the truth about the Okkulte-55 Division, what is happening in Sundäe, and the supernatural world that exists all around us.

Nine Witches: Family Disruption (Switch – eShop) comes out on December 4th in Europe and North America, and this Winter in Japan.

Badland Publishing have announced that Oniria Crimes has been delayed to December 3rd in Europe and North America. It was initially slated for an October 28th release.