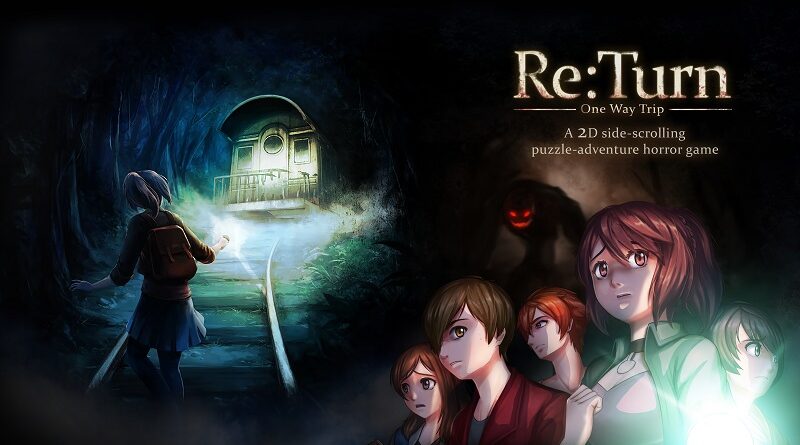 Green Man Gaming have announced that Re:Turn – One Way Trip will be released in time for Halloween on Nintendo Switch, in Europe and North America.

Here’s the latest trailer, alongside some more details:

Five college friends take a post-graduation vacation but when protagonist Saki wakes in the middle of the night to find that her friends have disappeared, she is soon lured to an abandoned train – standing silent, as if it has been waiting for its final passengers to board. Offering a twist on the horror genre, players must rely on their intellect and search through time to survive against an unspeakable evil.

Barriers between the past and the present start to dissolve as players delve into a complex mystery, locate their missing friends and unearth the train’s deadly secrets.  Escape otherworldly horrors and unrelenting terrors as players use their wits to tackle tricky puzzles and piece together clues to survive, all whilst holding their nerve with a tension-building original soundtrack.

Re:Turn – One Way Trip (Switch – eShop) does not have a release date yet.

Bloom Digital Media have announced that Part Two of Later Daters will be released on October 29th in Europe and North America.

The second installment of the swooning rom-com game features four brand-new episodes filled with laughter, tears, wholesome romance, topped off with a dash of extraordinary adventure.

The alluring adventure picks up following the player’s arrival at the Ye OLDE retirement community in Later Daters: Part 1. Rejoin eight fetching silver foxes as they explore their desires during the sunsets of their lives, with flirting and dating across various intertwining stories and inclusive relationships. Be prepared for a healthy dose of drama as the newfound group of friends and lovers navigate relationship pitfalls and midnight rendezvous. It’s best to keep two feet on the ground… or not, as a fired-up Later Daters: Part 2 promises to take the player to completely new heights.

Spanning several individual chapters, Later Daters: Part 1 and 2 allow players to customize their own look, name, romance history, gender and even choose a pet companion who will accompany them on their journey. The game’s story is about accepting life’s fragile nature and choosing to live boldly, regardless of the circumstances. And, most importantly, that it’s never too late for love.

Flying Oak Games have announced that ScourgeBringer will be released on October 21st in Europe and North America, and is now available for pre-purchase on the Nintendo eShop. A demo version will be available soon.

ScourgeBringer aims to channel the mystery and rawness of an early rogue-platformer, with fluid control, aerial combat, pixel graphics and a punchy soundtrack. The story follows hero Kyhra, who is sent away to uncover the secrets of an Eldritch monolith which is threatening to destroy her world. Armed with her trusty combat drone, she must shoot and slash her way through the infinite depths of an ever-changing dungeon, wherein gigantic bosses, ancient machines, strange ghosts and untold secrets from previous explorers await.

There is no backtracking, as the game’s structure follows a procedural combination of pre-built challenge rooms, not unlike the Binding of Isaac. 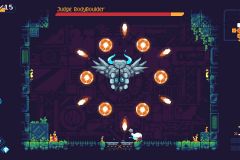 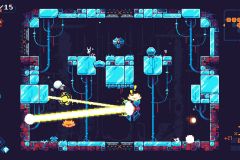 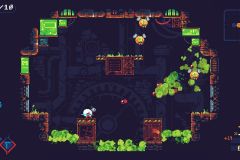 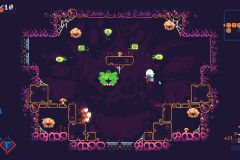 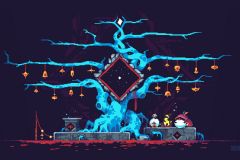 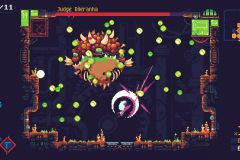 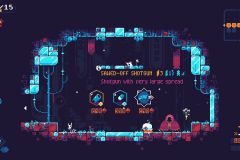 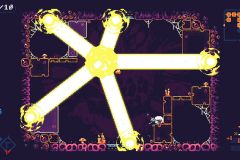 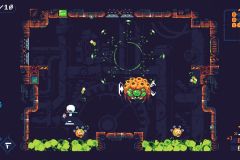 ScourgeBringer (Switch – eShop) comes out on October 21st in Europe and North America.

Oceanhorn 2: Knights of the Lost Realm (Switch – eShop) comes out on October 28th in Europe and North America.