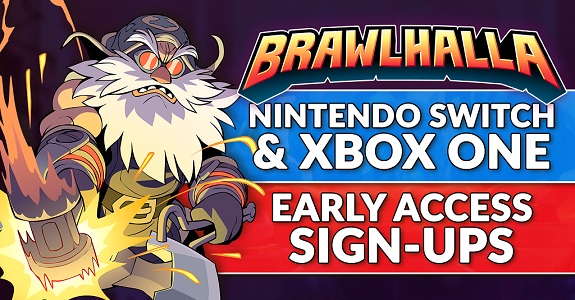 Initially slated for a September release, SEGA Ages Phantasy Star ended up delayed. Fortunately, fans don’t have much longer to wait before being able to (re-)play it, as SEGA has announced that it will be released on October 31st in Japan. If previous SEGA Ages titles are anything to by, it will also be released on that day in Europe and North America.

SEGA Ages Phantasy Star (Switch – eShop) comes out on October 31st in Japan. The Upcoming Games page has been updated!

Brawlhalla comes out next week on Nintendo Switch, on November 6th to be precise. If you want to get the game early, you can do sign up for early access on the official website. There’s only a limited amount of slots open, so make sure to sign up as soon as possible! By the way, while you do need a Ubisoft account to sign up for early access, the game itself does not require one.

In case you’re wondering, this is not an (open) beta: this is the actual, final version of the game. You will be able to keep your progress and unlocks when the game officially launches.

Brawlhalla (Switch – eShop) comes out on November 6th in Europe and North America.

And here’s some more pictures for it (including art for new characters):

Good news for players who like choices in story-based games: Mercenary Wings: The False Phoenix does feature a key choice, with two different paths to the end. That way, if you ever decide to replay the game, you will be able to enjoy a different story!

Mercenary Wings: The False Phoenix (Switch – eShop) comes out in November in Europe and North America.

Here’s the recording of a Famitsu livestream about Black Bird on Nintendo Switch: