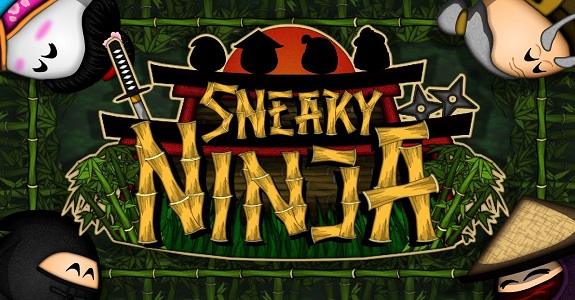 Sneaky Ninja is stealth platformer announced for Wii U (and PC) quite a while ago. Starfall Studios has been sharing semi-regular updates on Twitter, but no release date in sight. If you were wondering whether the Wii U release would end up cancelled (like many indie games like Yooka-Laylee), the answer is… no! And if you were wondering whether the game would end up releasing on Nintendo Switch, the answer is… yes!

Yesterday, Starfall Studios announced that Sneaky Ninja will also be released on Nintendo Switch, though we don’t know if the release will be simultaneous for all platforms or not.

Here’s a trailer for the game,

And in case you never heard of Sneaky Ninja before, here’s some details:

Sneaky Ninja is the stealth game Nintendo would make; halfway between Mario and Mark of the Ninja, it combines lighthearted platforming with tactical stealth action for an adorable yet challenging ninja adventure!

The ruthless Samurai army is at war with the ninjas! Play as Taro and his fellow ninja as they sneak through a variety of colorful levels swarming with Samurai, using their ninja acrobatics, wide range of equipment, and the environment around them to avoid getting spotted. A spectrum of difficulty modes makes sure that players of all skill levels can play their way, from the newest of gamers to the most hardcore!

Sneaky Ninja (Switch, Wii U – eShop) comes out in early 2019 in Europe and North America. The Upcoming Games page has been updated!

Yesterday, EuroVideo and Zaxis Games announced that Fimbul, a Norse Comic-Action-Adventure, will be released on Nintendo Switch in Early 2019. Here’s a trailer and some details for it:

The Fimbulwinter – a season shrouded in legend, said to be the harbinger of the coming Ragnarök – has engulfed the high north. An old berserker named Kveldulver dies during an assault on his village, but destiny isn’t finished with him. Revived by the Norns, the sisters of fate, Kveldulver is chosen by the gods to fight the Jotun, a race of trolls, to prevent Ragnarök and the destruction of the world.

Fimbul’s comic book style provides a gorgeous backdrop for players as they forge their own story. The “Lifestring” feature empowers Kveldulver, allowing him to return to earlier points in the story and walk different fated paths. During his adventure, he’ll meet many characters, some of whom are like-minded and willing to support him on his journey. Hidden areas, encounters, and stories provide multiple incentives to see all possible outcomes.

Fimbul’s combat is simple to learn but hard to master. To prevail against enemy vikings, wolfs, monsters, and the giant Jotun, the protagonist has to collect special skills, items, and a variety of weapons.

Fimbul (Switch – eShop) comes out in Early 2019 in Europe and North America. The Upcomoing Games page has been updated!

Kingdom: Two Crowns (Switch – eShop) does not have a release date yet.

Zarvot is finally available in Europe and North America, and if you really like its music, you can now listen to it (legally!) over at BandCamp. Even better, you can even purchase the album there if you want! It includes no less than 32 tracks, composed by Wizard Farm Music, Lazerwolph, and John Fio.

Good news for Ultimate Chicken Horse players: the patch containing a fix for the nasty crash issue (and various other issues) has now been submitted to Nintendo. Unfortunately, we don’t know when it will be available just yet.

The developers have written about a few words about what happened after they received the first report about the game crashing when playing German: click here to read them!

Sorry humans, but October is officially the “Month of the Octopus!” Worlds collide on 10.30.18, when #SaveMeMrTako releases on #NintendoSwitch and #Steam pic.twitter.com/7OYDGJc3db