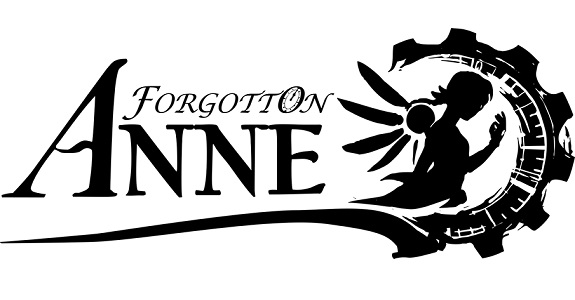 Initially announced for next year, Forgotton Anne is now releasing much ealier than initially scheduled: next week, in fact! The game will be available on November 9th in Europe and North America, and will cost 19.99 € / £15.99 / $19.99 with a 10% off discount. for one week.

Forgotton Anne is a seamless animated adventure, focusing on a hidden dimension where all mislaid items from the human world – the odd socks, the lost letters, the missing toys – are sent to linger. It’s the job of the Forgotlings – creatures formed out of all of these missing items – to help the trapped Anne and Master Bonku find their way home.

Forgotton Anne (Switch – eShop) comes out on November 9th in Europe and North America, and later in Japan. The Upcoming Games page has been updated!

Here’s a trailer, more details, and some screenshots:

Horizon Chase Turbo is a homage to classic 16-bit racers that defined a generation of high-speed and frenetic arcade fun like Out Run and Top Gear. The game is conceived to ignite an instant blast of nostalgia with catchy contemporary music composed by the legendary Barry Leitch (who also created the soundtracks for the Top Gear, Lotus, and Rush series), while also offering split-screen multiplayer and mixing retro low-poly aesthetics with modern gameplay.

The Switch and Xbox One versions will be the firsts to receive a brand new game mode called “Playground”, consisting of a set of live challenges that will be updated regularly so that players can keep competing in the online leaderboards, and exclusive content for each platform to be announced soon.

Horizon Chase Turbo (Switch – eShop) comes out on November 28th in Europe and North America. The Upcoming Games page has been updated!

Yesterday, Cowcat announced Demetrios – The BIG Cynical Adventure, a quirky adventure game for the Nintendo Switch. It will be released on December 3rd in Europe and North America, and can already be pre-purchased on the Nintendo eShop. If you don’t feel like spending 9.99€ on that game just yet, a demo version is already available!

Inspired by classics such as the Broken Sword and Runaway series, this adventure mixes the Point & Click and Visual Novel styles with a distinct use of silly humor! Featuring handcrafted art, it offers varied puzzles, for beginners and experts alike, requiring 8 to 12 hours to complete.

Demetrios – The BIG Cynical Adventure (Switch – eShop) comes out on December 3rd in Europe and North America. The Upcoming Games page has been updated!

A tactical RPG in the finest traditions of the genre, Mercenaries Wings: The False Phoenix requires you to carefully utilise varied units and their abilities. Set Leaders to change the flow of battle, level up your units, change classes, manage equipment and make the key choices that will be the difference between victory and defeat! An adventure that will take many hours to complete, Mercenaries Wings: The False Phoenix will challenge even the most careful strategists.

This all takes place against the backdrop of a storyline revolving around war, betrayal and magical forces! It also has two branching paths depending upon a vital player decision, which adds replay value for those that want to see both sides of the story.

Mercenaries Wings: The False Phoenix (Switch – eShop) comes out on November 8th in Europe and North America. The Upcoming Games page has been updated!

Exploring caves in #FeudalAlloy. Have a great weekend!

On a stroll in a go-kart, in #ShakedownHawaii | Coming Q1 2019 to #NintendoSwitch #PS4 #PSVita #3DS #Steam
Full Trailer: https://t.co/bQZY3bbmpi pic.twitter.com/eke73OsDLT

Shakedown Hawaii (Switch – eShop) comes out in Q1 2019 in Europe and North America.

"I can't lie to you about your chances but … you have my sympathies"
The Unlikely Legend of Rusty Pup – Out on Steam https://t.co/wycDPdiswJ #indiegames #steam #FridayFeeling pic.twitter.com/T5fXdki7YG