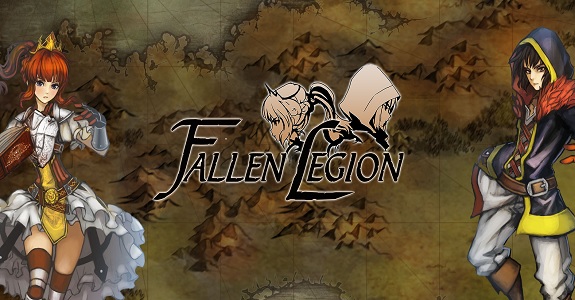 Earlier today, Metanet Software announced that N++, the popular platformer, was headed to the Nintendo Switch. Even better, it’s releasing really soon… on May 24th!

Here’s the latest character vignette trailer for Banner Saga 3, intoducing Horseborn, the Race of Legend (be careful, the trailer does contain spoilers for the first two Banner Saga games!):

Not much is known about this legendary race but they have proven loyal so far and have stood side by side with humans and varl alike. However, will that change as tensions rise among those forced into Arberrang as the end draws near?

Banner Saga 3 (Switch) comes out on July 24th in Europe and North America.

Speaking of Banner Saga, Versus Evil also announced that the first game will be released next week in Europe and North America, on May 17th. In fact, it’s already available for pre-purchase on the Nintendo eShop in North America!

Today, Arc System Works announced that Fallen Legion: Rise to Glory will be released on June 29th in Japan. Unlike in Europe and North America, where it will also be available at retail, the game is a Nintendo eShop exclusive in that region.

Fallen Legion: Rise to Glory (Switch) comes out on May 29th in North America and Japan, and June 1st in Europe. The Upcoming Games page has been updated!

Here’s a trailer for Ikaruga on Nintendo Switch:

Ikaruga (Swith – eShop) comes out on May 29th in Europe and North America, and May 30th in Japan.

Breakers: Dawn of Heroes (Switch – eShop) comes out this Spring in Japan, and later this year in Europe and North America.

Here’s some more screenshots for the Fairune Collection:

Fairune Collection (Switch) comes out on May 17th worldwide.

Good news for players waiting for the Nintendo Switch version of Miles & Kilo: it’s been sent to Nintendo for lotcheck. If it goes through without a hitch, we should have a release date pretty soon!