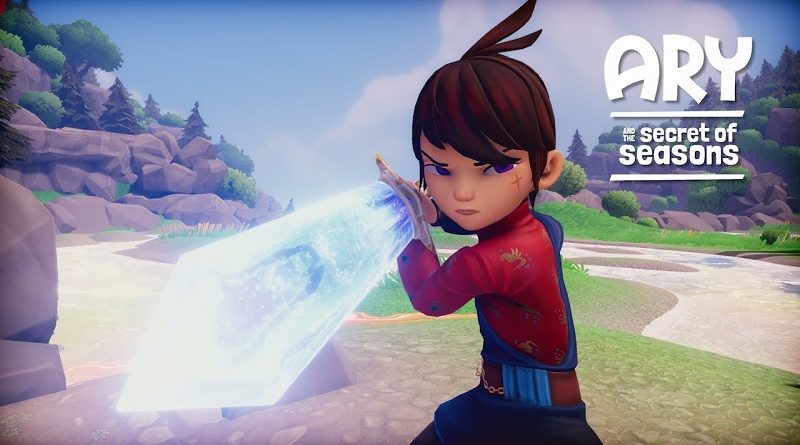 Today’s Nintendo eShop news: E3 trailer for Ary and the Secret of Seasons, but also…

Here’s the E3 trailer and some more details for Ary and the Secret of Seasons:

Taking on a role traditionally reserved for young men, Aryelle (Ary) has become the newest inductee into the mysterious Guardians of Seasons and is tasked with overcoming monstrous enemies, secret plots and stuffy traditions to bring back balance to Valdi after a mysterious force throws the seasons into disarray.

With unforgettable characters and larger-than-life enemies, Ary and the Secret of Seasons takes players on an adventurous ride through a fanciful world where the seasons themselves hold ancient, hidden powers. Ary must learn to harness these powers if she is to restore order from chaos, save her land and establish herself among the Guardians of Seasons.

Ary and the Secret of Seasons (Switch – eShop) comes out in Early 2020 in Europe and North America.

Did you enjoy Citizens of Earth on Wii U and/or Nintendo 3DS? If yes, you will be glad to learn that a “sequel” is coming to the Nintendo Switch pretty soon: Citizens of Space! It features an all-new combat system, deeper recruitment mechanics, and plenty of unique worlds to explore. It will be released on June 18th in Europe and North America, and will cost 14.99€ / $14.99.

As the newly elected Ambassador of Earth to the Galactic Federation of Planets, everything seems like smooth sailing – until you arrive at the Federation headquarters for your first Assembly and you find Earth, the very planet you’re supposed to represent, missing! Out of a job (and a home), it’ll be up to you to recruit Citizens from across the galaxy and figure out who is responsible so you can get back to your cushy job as an Ambassador! 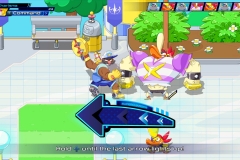 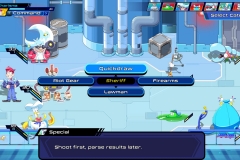 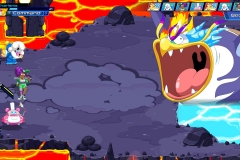 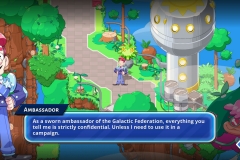 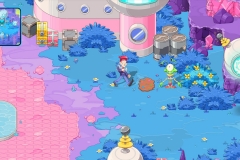 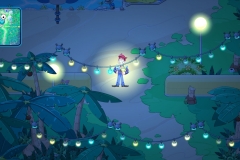 Citizens of Space (Switch – eShop) comes out on June 18th in Europe and North America. The Upcoming Games page has been udpated!

Earlier this year, Gameloft released their very first game on Nintendo Switch: Modern Combat Blackout. And today, they revealed their second game: Asphalt 9. No release date yet, but we do have a short trailer:

Asphalt 9 (Switch – eShop) comes out “soon” in Europe and North America. The Upcoming Games page has been updated!

SEGA have announced that the latest two SEGA Ages titles, SEGA Ages Wonder Boy in Monster Land and SEGA Ages Virtua Racing, will be released on June 27th in Europe and North America. It will cost 6.99€ / £5.99 / $7.99, as usual.

Here’s a trailer for both games:

And here’s details and some screenshots for each game:

SEGA AGES Virtua Racing takes the revered classic and delivers a dramatic overhaul with an improved framerate, a far greater draw distance, online matchmaking (and leaderboards), and a new Replay mechanic that didn’t exist in the original release. Not only that, but the game also supports up to 8-player SIMULTANEOUS local multiplayer, so you can rekindle that arcade experience with your friends!

Take control of a formula one racing car and compete against the world’s best drivers in the first faithful reproduction of the arcade classic. Choose between the Normal Race mode that features four-to-five lap races, or put your endurance to the test by completing 20 laps in the Grand Prix Race. Your car’s performance is affected the longer you drive, so make sure you plan your pit stop strategy carefully so you can take the checkered flag! 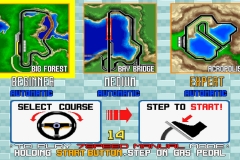 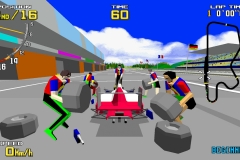 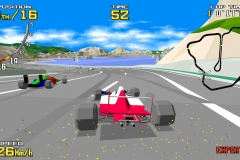 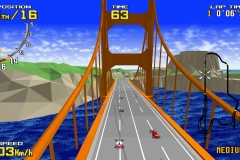 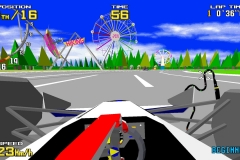 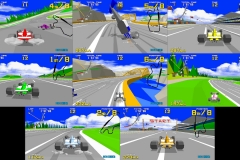 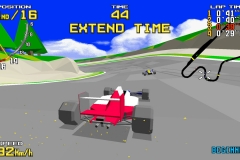 SEGA AGES Wonder Boy: Monster Land contains several notable improvements such as a “Power Up New Game” (New Game Plus) feature that can be enabled at any time, even if you haven’t beaten the game, allowing you to restart after a Game Over with the same gear. There are also 3 new challenge modes (Sphinx and Monster Castle time attacks plus the Fire Ball score attack), online leaderboards, a Replay function, and a “Money Hungry Mode.” This last item plays off a bug that existed in the arcade original where players would increase the value of any hidden gold by quickly shaking the joystick back and forth. While the unintended bug is enabled by default here, the “Money Hungry Mode” disables it for the truly hardcore!

After the defeat of the evil king, the kingdom of Wonder Land was a paradise…for a time. The peace was broken when a ferocious, fire-breathing dragon struck without warning and took over Wonder Land with a swarm of evil, monstrous henchmen, turning the once-peaceful land into the utterly chaotic Monster Land. Realizing he is Wonder Land’s last hope, Wonder Boy sets out on an incredible journey to rid the country of the monsters and defeat the “invincible” evil dragon. 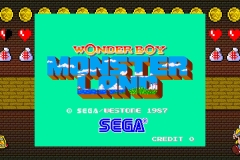 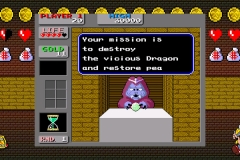 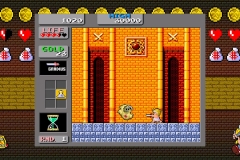 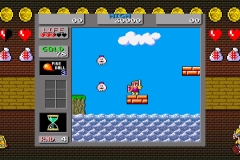 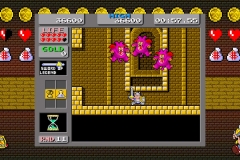 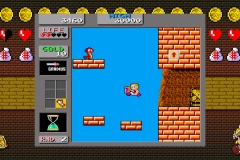