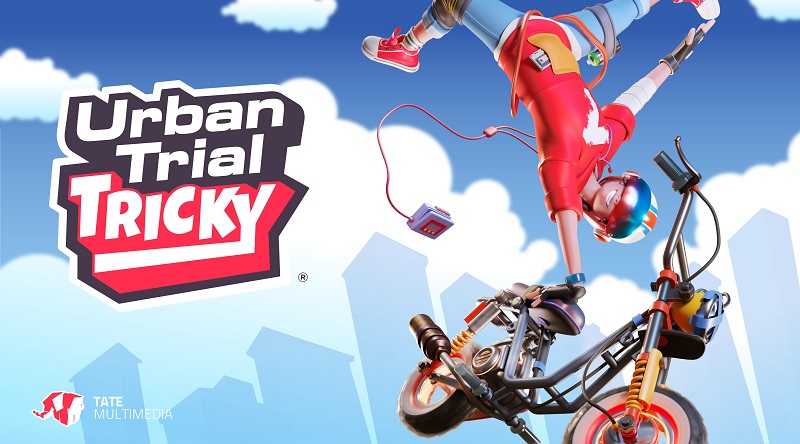 Urban Trial Tricky (Switch – eShop) comes out on June 25th in Europe and North America. The Upcoming Games page has been updated!

Tri-Heart Interactive have announced that The Otterman Empire will be released on July 2nd in Europe and North America, and is now available for pre-purchase on the Nintendo eShop.

The Otterman Empire offers a truly unique blend of campaign, collaboration and competition for one to four players, and with rapidly-switching objectives and multiple game modes – no two games are ever the same!

Select your otter, choose your jetpack, prepare your water gun, and then customize it all! Challenge your friends in explosive and frenzied two-minute rounds, each with randomly-generated objectives and supply drops to keep you on your toes. Team up or fly solo to stop the otterly evil, Tiko from destroying the entire empire. Jet-off across the galaxy and stop his deranged experiments from wreaking havoc in otterspace!

The Otterman Empire (Switch – eShop) comes out on July 2nd in Europe and North America. The Upcoming Games page has been updated!

Here’s a trailer, some details, and the list of key pictures:

Aeolis Tournament is a Nintendo-inspired party game where up to 8 players compete in various game modes based on a simple one-button mechanic. Characters use an air cannon to control the power of the wind and affect their surroundings. It’s a high-tempo game in the vein of Fuzion Frenzy with a cartoony and colorful art direction. Aeolis Tournament features physics-based gameplay, a tournament mode and local & online multiplayer play.

Aeolis Tournament (Switch – eShop) comes out on July 16th in Europe and North America. The Upcoming Games page has been updated!

CasualGames.nu have announced their latest game for the Nintendo Switch: Total Arcade Racing, a 2D top-down arcade racing game for 1-8 players. It will be released later this year in Europe and North America for 9.99€ / £9.99 / $9.99.

Total Arcade Racing (Switch – eShop) comes out later this year in Europe and North America. The Upcoming Games page has been updated!