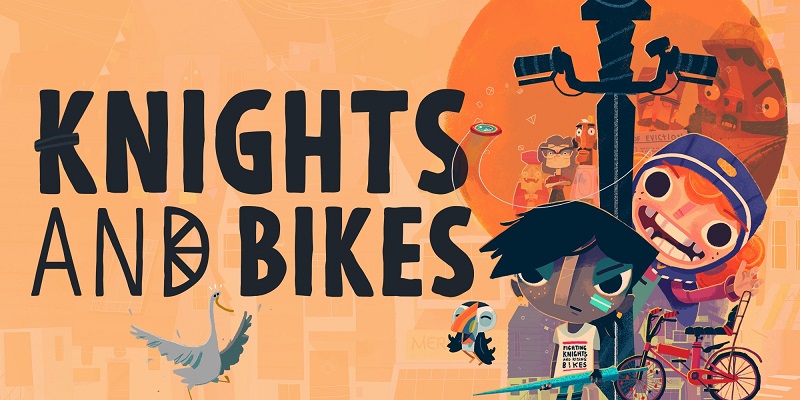 The Kickstarter campaign for Neko Ghost, Jump! is now live. The base goal is $15 000, with $3 801 already pledged as of writing. Click here to check out the Kickstarter page for the game!

Neko Ghost, Jump! is a pawsome puzzle-platformer that tasks players with switching between 2D and 3D camera perspectives as they guide Nekoman on an epic quest to rescue his bride-to-be, friends, and family from the evil Space Dog Pirate Boss and his minions. This adventure will take Nekoman across several biomes ranging from grassy plains to snowy tundras, to sweltering deserts and beyond. Along the way, players will have to not only switch between 2D and 3D planes but also between their physical and ghost forms to defeat any baddies along the way as they pounce across a series of entertaining yet challenging obstacles that will test their spatial awareness to the limits!

Neko Ghost, Jump! will run the gamut from an accessible family-friendly affair to a furmidable challenge for more masochistic players. Players will have the choice to use the playstyle they want to advance to later levels. Race against the clock trying to beat the speedrun time, take your sweet time and collect all the coins in the level, or for those that prefer no-fuss all action, just whack your enemies into oblivion with the swordfish. Use the loot collected in each level to not only take some time off the clock but also turn it in and customize Nekoman’s appearance with plenty of options available. Give him sweet specs, a dapper hat, or some shiny bling!

QubicGames have announced that Dex will cost cost $19.99 at launch, but there’s a 25% off discount to take advantage of if you already own any other game published by QubicGames on Nintendo Switch.

Dex is a cyberpunk infused, 2D side scrolling action-RPG with a metroidvania twist. Play as Dex, a mysterious blue-haired girl on a mission to take down the powerful and enigmatic organization that rules the city of Harbour Prime.

The game comes with fully voiced characters, branching storylines and quests, multiple endings and a wide spectrum of upgrades and skills to custom fit four distinct playstyles – silent assassin, gunfighter, diplomat or hacker. Blur the line between being human and “cyborg” by installing augmentations that grant you superhuman abilities and open up new paths in Harbour Prime like classic Metroidvania titles.

Dex (Switch – eShop) comes out on July 24th in Europe and North America.

Easy Day Studios have announced that Skate XL is to get 3 maps created by modding community members at launch.

Here’s a trailer and some details about all 3 maps:

Grant Skate Park, created by modder turned Easy Day Studios team member Theo, is one of Chicago’s premier public skateparks. The three-acre waterfront park has a variety of terrain, including street and transition features with a focus on overall flow. Revealed here for the first time, Theo’s version of this real-life skate park holds true to its layout and design, while small tweaks have been added to optimize gameplay.

‘Streets’ by prolific map creator Jean Olive is a mash up of street spots inspired by some of the best terrain in the skateboarding world. ‘Streets’ encompass several city blocks of skateable territory, from San Francisco-esque hills, to the unique skateable architecture of Spain. Players will recognize skate spots from Los Angeles and New York, as well as Jean Olive’s own creative designs.

An original creation by Pactole, ‘Hűdland’ is every skater’s dream private skatepark. Packed full of street and transition features, Hűdland is the perfect indoor place to hone your skills before taking them to the streets. Features include flatbars, stairs, hips, handrails, quarterpipes and more. The warehouse setting and overhead skylights give the map a unique look and feel, while the overall flow of the park will keep players perfecting lines for hours.

Skater XL evolves the skateboarding genre as the first ever skateboarding title to give direct control of the feet and board at all times rather than canned trick animations, unlocking the creative potential of the player with sandbox-style gameplay. Create, combine, and style tricks as you hit legendary California skating locations. Skate as street legends Tom Asta, Tiago Lemos, Evan Smith, or Brandon Westgate or create your own street skater with access to skate equipment brands like DC Shoes, Lakai, Element, Santa Cruz, and more. With a huge modding community that has created thousands of maps, digital skate ezines, personal video parts, in-game brands, and contests, Skater XL celebrates the creativity and dedication of the skate community.

Heads up for players who enjoyed Knights and Bikes: the soundtrack is now available on two stream services as of today: