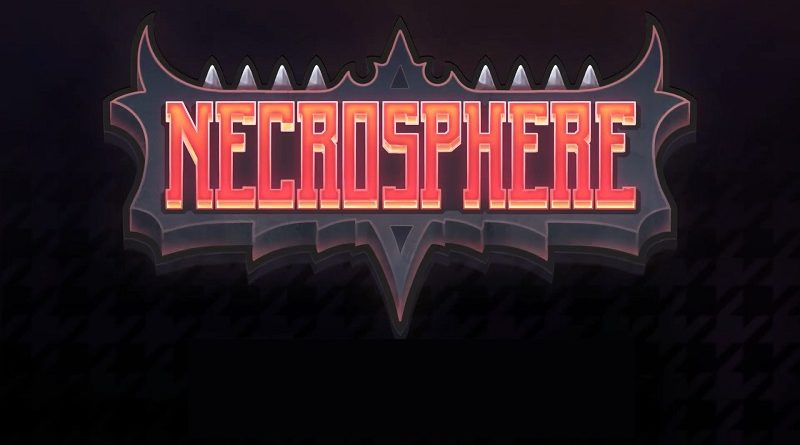 Yesterday, Cat Nigiri announced that Necrosphere will be released on January 31st worldwide. It will cost $9.99, and will be playable in the following languages: English, Brazilian Portuguese, Spanish, Italian, French, German, Russian, Korean, Japanese, and Simplified Chinese.

When super-secret agent Terry Cooper dies on a failed mission, he awakens in The Necrosphere. This afterlife is bursting at the seams with dangerous obstacles, devious traps and deadly enemies all working together to stop Terry from escaping. Soar to new heights with a jetpack, bounce sky high off gravity bubbles, and collect game-changing items, all while utilizing an intuitive two button control scheme, to return to the Normalsphere.

Frequent respawn points drop Terry right back into action, allowing him to quickly learn from his mistakes and re-tackle the challenges of the Necrosphere. Even with his partners sending him messages from the Normalsphere to guide his journey, he’ll need to make the most of his abilities to escape the Necrosphere and stop the Istanistani from carrying out their evil plans.

Necrosphere (Switch – eShop) comes out on January 31st worldwide. The Upcoming Games page has been updated!

Baltoro Games has shared more details about Flowlines Vs., a new party game releasing on Nintendo Switch on January 25th in Europe and North America (pre-orders are already live on the Nintendo eShop). It will be playable in the following languages: English, French, Spanish, Italian, German, Portuguese, Brazilian, and Turkish.

Flowlines Vs. aims to become one of the most important party games out there. We want players to solve puzzles, to compete with each other doing so, and to play – everywhere and with everyone. Pair up all the matching sockets on the board by drawing continuous lines, without crossing over other lines or branching off. Cover the entire board while connecting all of the sockets. Although keep an eye out for stages with a time limit, or a limit on moves you can make.


• Over 400 levels you can play in single player mode or versus multiplayer mode.
• Soundtrack emphasizing the game’s atmosphere.
• 50+ great graphical themes.
• Awesome party wibe.
• Easy to play and hard to master.
• Both adults and children can pick the game up quickly, thanks to the Intuitive tutorial.
• Play any way you like – Joy-Con, Pro Controller, using the touch screen or in handheld mode.
• Get your hands on special rewards available through our Achievement System.
• 8 supported languages… .

Flowlines Vs. (Switch – eShop) comes out on January 25th in Europe and North America.

The latest Devblog post for Decay of Logos is all about lighting: click here to check it out!

Here’s the latest set of pictures for the game (above is old lighting, below is new one):