Plug In Digital have announced a new game for the Nintendo Switch: Lethis: Path of Progress, a city-builder with a Steampunk atmosphere. The Nintendo Switch version is getting some “exclusive” features:

Path of Progress is an old school 2D city builder set in a Victorian Steampunk universe called Lethis. You will have to build and manage cities, provide resources for your inhabitants while making sure there are enough workers to sustain your production lines. Trade with others cities, honor the requests of the Emperor and make your citizens happy.

Lethis: Path of Progress (Switch – eShop) does not have a release date yet. The Upcoming Games page has been updated!

Sumo Digital have revealed their latest game: Pass The Punch, a 2D Beat ’em up releasing later this year in Europe and North America.

The game is set in a world influenced by 80s and 90s Saturday morning cartoons. Pass The Punch follows the story of Rush, a resident of New Atlas, as she fights the dastardly villains King Crab and Red Velvet, who are hell-bent turning Rush’s favourite hangouts into lifeless, corporate franchises. It’s up to Rush and her three friends to claim back their city for the people!

The residents of New Atlas can transform into powerful beings with abilities based on their everyday lives. Rush is a gym owner who transforms into a lightspeed boxing champion and her buddy Claud is a LARPer whose foam sword grants the ability to turn into a badass berserker. Players can choose to fight as Rush, Claud, Beetle or Wizard to battle hyper-aggressive hot sauce bottles, disco-dancing mirror balls and over-affectionate ice-cream cones to name but a few of King Crab and Red Velvet’s minions.

Learn the moves and combos of each fighter, play solo with an AI sidekick, or in two-player local co-op. Find depth in the unique ways each character’s attacks compliment the others and “pass the punch” to create a unique ultimate attack, which changes based on which characters combine their powers. With so many punches to pass, high scores to hit, hoops to shoot, secrets to discover and extra content to unlock, Pass The Punch will keep players busy until they are TKO’d. 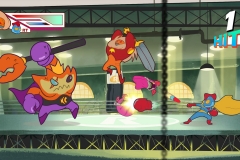 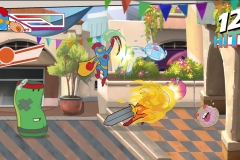 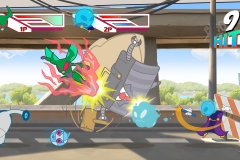 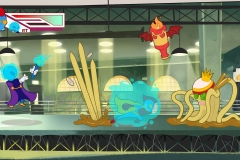 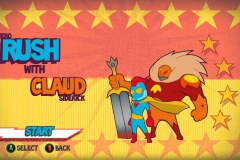 Pass the Punch (Switch – eShop) comes out later this year in Europe and North America. The Upcoming Games page has been updated!

Lightwood Games have announced yet another puzzle game for the Nintendo Switch: Wordsweeper. It will be released on August 8th in Europe and North America, and players who want to get an early taste can get the demo version released yesterday. The final game will cost 7.99€ / £6.99 / $7.99 / CAD$10.99 / AUD$11.99.

Wordsweeper is a crossword puzzle solved using logic and deduction. As the name suggests, it is inspired by the classic puzzle “minesweeper” but this new word puzzle is unique to POWGI. Instead of defining words, the clues indicate a set of letters that must be placed in adjacent squares and the player must work out which letter goes where. Logic and reasoning combined with a knowledge of English vocabulary will allow them to deduce the solution. Designed as a casual puzzler, intended to get your brain ticking in moments between more intense gaming sessions, Wordsweeper by POWGI follows Lightwood’s usual no-fluff approach to puzzle games. It’s optimised to launch quickly to get you straight to the content and will give you pointers if you get stuck. 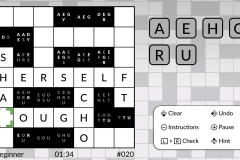 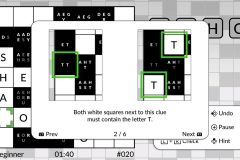 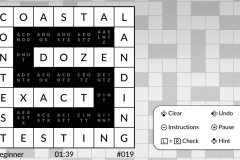 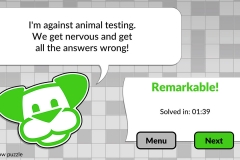 Wordsweeper (Switch – eShop) comes out on August 8th in Europe and North America. The Upcoming Games page has been updated!