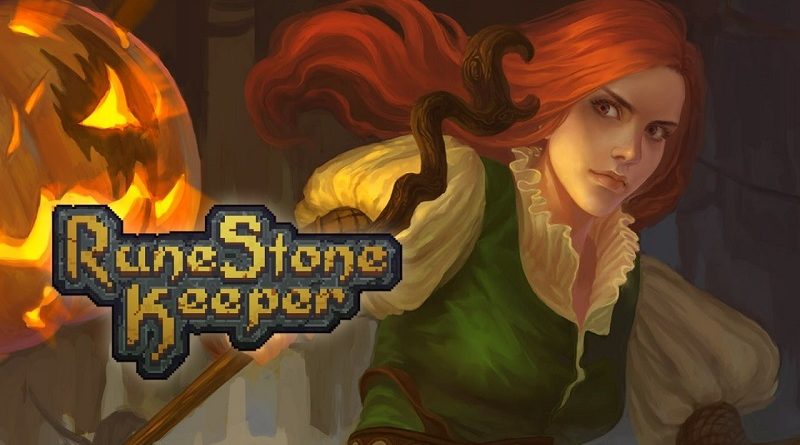 Circle Ent. have announced their latest game for the Nintendo Switch: Runestone Keeper, a dungeon crawler developed by Cimu Games. It will be released on August 20th in Europe and North America, and will cost 9.99€ / $9.99 (with a 10% off discount during launch week).

Runestone Keeper is a challenging roguelike / roguelite dungeon crawler that blends classic roleplaying elements and turn-based combat strategy! This adventure will keep you coming back for one more floor, one more run, as you try to push through the dangers of the dungeon! Heroes, monsters, equipment, events, magic and skills, traps and devices, shrines and altars, Goddesses and merchants. Choose your weapon and begin an epic adventure!

The clip finds young misfit Jennifer getting acquainted with the faces and frights of The Ashmann Inn, a secluded mountainside establishment steeped in mystery. From the residence’s unbelievably cold management to a rumored haunting by a robed figure known only as Porcelain, Jennifer faces ample challenges settling into her new home. Meet Jennifer and the rest of Remothered: Broken Porcelain’s key characters.

A sequel to the critically lauded cult classic Remothered: Tormented Fathers, Remothered: Broken Porcelain builds upon the original’s captivating narrative with new characters, evolved and expanded gameplay, as well as an astonishingly realized world teeming with deadly secrets. Balancing tension-fueled stealth gameplay with engrossing storytelling, Remothered: Broken Porcelain’s winding mysteries are as thrilling to unravel as they are frightening.

Badland Publishing have announced their latest game for the Nintendo Switch: Adome, a First Person action adventure game developed by Timesea Studios. It will be released this Fall in Europe and North America.

Faced with the impossibility of reversing the effects of climate change, humanity decided to create City of Light, a colossal city protected by a dome in which to ensure the survival of future generations. The city awaits the arrival of its first inhabitants, the Seeds, seven-year-old children who will be cared for and educated by humanoid-looking robots. Baptized as Instructors, they remain inactive until the time comes to perform the work for which they were built.

IB1, the instructor of Ark B1, wakes up from his lethargy when he detects the presence of his Seeds but soon discovers that the system has not worked as it should… Adome will put us under the skin, or rather we should say under the carcass, of IB1 in their desperate search for the Seeds, while we thoroughly explore City of Light and squeeze the agility of the robot to overcome all sorts of obstacles. IB1 can jump, climb and drop across stages, run up walls, shoot at enemies… and all from a first-person perspective.

Mirror’s Edge is undoubtedly the most obvious influence that Adome has received, both for the choice of the game camera and for the use of parkour when speeding through a city that Timsea Studios designed inspired by Tomorrowland, the film by Brad Bird which in turn had been influenced by the architecture of the Ciudad de las Artes y las Ciencias (City of Arts and Sciences) of Valencia (in fact some of its scenes were shot there). The impressive aesthetics of Adome will be at the service of a plot that will tell us about loneliness, maturity and the importance of being in contact with nature. All this from the eyes of IB1, an artificial being who will gradually discover that he treasures emotions that humanity seems to have lost.

Adome (Switch – eShop) comes out this Fall in Europe and North America.

Have you played Cosmic Defenders? If yes, Fiery Squirrel have a survey for you to fill in: click here to check it out, and influence the future of the game (which is to get new features and content in the future). Even if you haven’t played the game (but are still interested in it), make sure to fill it!