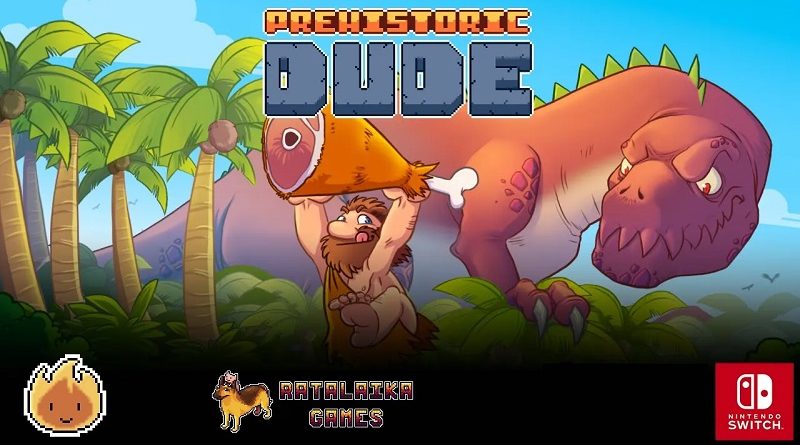 Ratalaika Games have announced their latest game for the Nintendo Switch, a “mini Metroidvania” developed by LightUp. It will be released on August 14th in Europe and North America, and will cost 4.99€ / $4.99.

From the creator of games like Milo’s Quest or Super Wiloo Demake. Jump and explore the stone age in this prehistoric mini metroidvania! Help Dude recovers his tasty ham from hungry dinosaurs. Exploring different scenarios, fighting bosses and getting upgrades. All that will be needed if you want to ever get your ham back!

Prehistoric Dude is a mini metroidvania game during the stone age which tells the story of Dude, a friendly caveman who loves ham! Explore 3 different scenarios while looking for Dude’s delicious lunch! Face enemies, master obstacles, learn new skills and make Dude even stronger! Go on an adventure to help him to take back his lunch, which was stolen by a giant dinosaur! He will need to face many dangerous enemies while traveling through caves and forests, getting some tools and power ups to assist him during this journey. 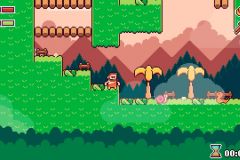 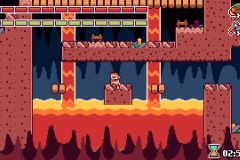 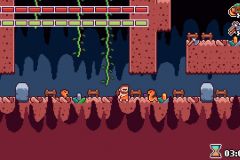 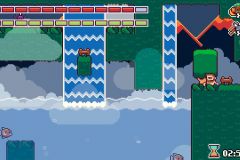 CFK have shared some details about Nevaeh, and more precisely its gameplay:

● See what’s inside the dark Tower

A girl heads to the Tower, the source of light, to fix the broken street lamps in the town. What she found in the Tower was a butterfly emitting light from its body. Thinking the butterfly could help with the task, she decides to take it with her. However, as light was lost, the town was quickly covered in darkness… Once again, the girl heads to the Tower to bring back the light for the townspeople.

After the butterfly disappeared, the bright Tower turned into a gloomy and dangerous place full of traps and monsters. In the labyrinth so hostile that it hurts one just by staying in the shadows, the girl must find her way to the top of the Tower.

Hopefully, the butterfly will help the girl with its mystic light. Its light can be used to uncover the monsters hidden in shadows, and provide power to the machines. The girl uses the butterfly’s light to create a path to places she can’t get to, or solve puzzles by moving the shadow. Being a truly reliable partner, it will always stay with her in the dark and dangerous Tower.

● Where there is light, there is darkness

The world of Nevaeh is specially made with a delicate and monochrome graphics, turning the game into a fairy tale featuring Gothic art and immersive soundtracks.

Nevaeh (Switch – eShop) does not have a release date yet.

Here’s a Thank You video from the developers:

Our third developer diary brings Senior Gameplay Engineer Thomas Lu and Senior Animator Cristian Thompson on board to dive deep into the core gameplay of Volta-X. Learn all about battling in the World Volta Association in this new video.