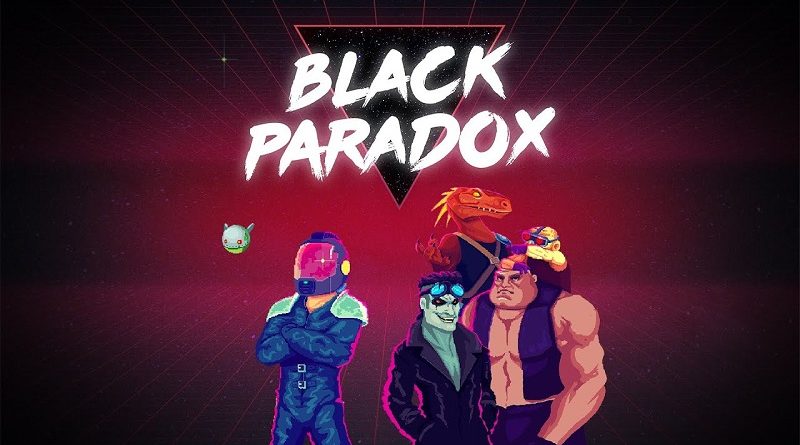 Digerati have announced yet another game for the Nintendo Switch: Black Paradox. It’s a galactic side-scrolling roguelite shoot ‘em up developed by Fantastico, and releasing on May 3rd in Europe and North America.

Black Paradox is a fast-paced roguelite shoot ’em up. Unleash an arsenal of weapons, power-ups, drones, and other upgrades to survive waves of enemies, against a backdrop of vibrant pixel art and synth-wave soundtrack. As the infamous bounty hunter Black Paradox, travel through space and defeat the most dangerous criminal organization in the galaxy: the Hellraisers and its seven lieutenants. Enter the cockpit, ready your weapons, and prepare for the ultimate galactic showdown.

Black Paradox (Switch – eShop) comes out on May 3rd in Europe and North America. The Upcoming Games page has been updated!

Here’s the promo video for the Blockbuster Sale, which is now live on the Nintendo eShop in Europe (check out this page for the full list of games on sale until April 25th):

Asmodée Digital have announced that Catan will be released on June 20th in Europe and North America.

Here’s the launch trailer for Reigns: Game of Thrones, now available in Europe and North America: