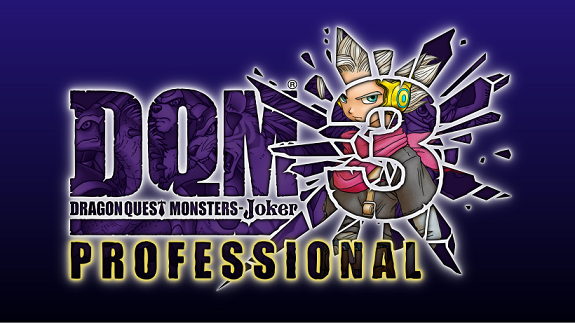 Last week, Square-Enix shared the latest batch of details and screenshots for Dragon Quest Monsters Joker 3 Professional. And with less than a week left until release, the company has shared even more details and screenshots, this time focusing on a new feature called the Speed Road and Demon King class monsters.

In the World of Incarnus (detailed in the previous update), a secret facility known as the Speed Road can be found. Basically, it’s a racing mini-game, where you can take your favourite monster to race across various courses. Naturally, doing so allows you to get your hands on some pretty juicy rewards.

But first, you need to… find where the Speed Road is located, which is definitely easier said than done. It is said that finding the Speed Road is a challenge in itself. During the races themselves, monsters often block your path, and you have to avoid them. In order to win, you can use special items called SP. Using those, you can defeat enemies, and get crystals from them.

Speaking of those crystals, you have to make sure you collect as many as you can. After all, the more crystals you have, the higher your score. What’s more, crystals can also be used to get your hands on the juicy rewards mentioned above.

Next, Square-Enix details the Demon King class monsters, that makes its comeback in Dragon Quest Monsters Joker 3 Professional. As you can imagine, befriending this specific bunch of monsters is not going to be an easy task.