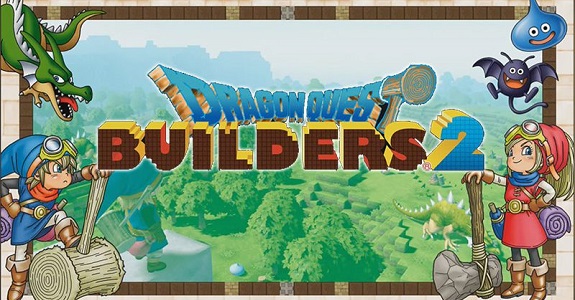 This week, Famitsu magazine features an interview with Noriyoshi Fujimoto (Producer) and Shiraishi Takuma (Assistant Producer) about Dragon Quest Builders 2. Thanks to the usual leaks, we already have some excerpts from that interview, that you can find below. Just keep in mind those are potentially inaccurate details, as the full interview isn’t available yet.

In this interview, the producer and assistant producer explain that the development of Dragon Quest Builders 2 was greenlit following the strong sales of the first game. They also got plenty of requests from players, with features that could not be implemented in the first game.

One specific request they received was to be able to build taller things, but also 4 player multiplayer. They took both into account for Dragon Quest Builders 2, as you can now build things about 3 times taller than in the previous game, and there is indeed some multiplayer.

Unfortunately, it doesn’t look like they’re quite ready to talk about that particular aspect of the game yet. All the producer and assistant producer were willing to say is that the multiplayer component will do more than make people say “Yup, there’s multiplayer”. It looks like they are working on something really special!

For this second Dragon Quest Builders game, the development team wanted to get rid of as many hardware restrictions, which is why they decided to bring the game to the Nintendo Switch (and the PlayStation 4), and ditch the PlayStation Vita and PlayStation 3.

Right now, development is in the “Trial and Error” phase, where the developers are trying various things to see what works and what doesn’t. It’s too early for them to talk about the story, but they did give us a little tidbit: Sidoh the traveling companion will make an appearance.

Now, if you’ve played Dragon Quest II, you definitely know that name (Sidoh, also known as Malroth, is the final boss of that game). But if you haven’t played that game, there’s nothing to worry about: you do not need to play it to enjoy Dragon Quest Builders II.