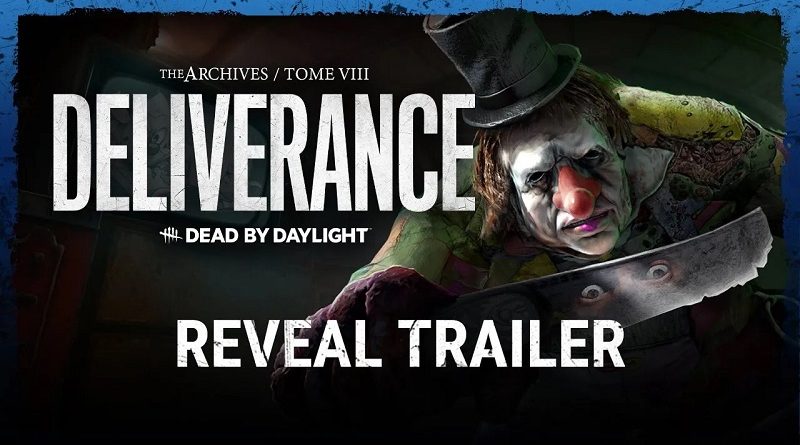 Tomorrow (July 28th), Dead by Daylight is getting a brand new tome (the 8th one) called Deliverance. It features three new stories, available within the Archives.

This Tome features a look into the troubled past of Jeffrey Hawk (The Clown). Jeffrey discovers a finger that reminds him of his father’s, leading him to stalk his victim through the fairgrounds. Witness the Auris, a device capable of peering into the memories of those who have entered the Fog. Through it, the mysterious Observer grants players access to a new series of challenges to complete, designed to help piece together these memories as well as his role within the Entity’s Realm.

Speaking of Dead by Daylight, Part 6 of the The Realm Beyond is now available:

The latest Realm Beyond update revisits some of the earliest and most important parts of Dead by Daylight, rejuvenating our original crew of Survivors including Dwight, Meg, Claudette, Jake, Ace, Feng, David, and Kate.

And here’s the video for the Greek Legends Collection, now available:

Gods and monsters abound. From the heights of Mount Olympus to the depths of Hades, a slew of new Grecian-inspired outfits have made their way into the Entity’s Realm. The Greek Legends Collection is expanding with new outfits for Kate, Jeff, Élodie, The Nurse, and The Blight.