Maximum Games have announced another game for the Nintendo Switch: Beast Quest, based on the novel series of the same name. It will be released on October 1st in Europe and North America.

Beast Quest will take players on an epic journey to save the mythical land of Avantia from ruin. Dark magic has corrupted the towering, noble creatures of the realm, which players must overcome in action-packed boss battles – dodging, blocking and countering attacks while chaining combos and unleashing allies to turn the tide of combat. Meanwhile, spectacular environments with rich, open-level design offer daring heroes opportunities to discover challenging quests, powerful upgrades, and ancient secrets hiding just beyond the horizon.

Beast Quest (Switch – eShop) comes out on October 1st in Europe and North America. The Upcoming Games page has been updated!

Seed Interactive have announced that Starblox Inc., a unique mash up of a puzzler and a brawler, is coming to the Nintendo Switch on October 18th in Europe and North America.

A unique mash up of a puzzler and a brawler, Ingenium – Canada’s Museums of Science and Innovation – developed the game for Nintendo Switch in partnership with Seed Interactive. Crafted for scientific accuracy by Ingenium’s expert science advisors and curatorial staff, StarBlox Inc. features stunning planetary backdrops which have been meticulously designed to ensure that players are fully immersed in a realistic world.

As players deliver cargo to the far corners of the solar system, each of the planets, moons and asteroids presents new challenges – from black holes to gravity to waves of lava. This interactive game tests quickness and ability to efficiently to beat the competition. But watch out – the shipping world is fierce! An opponent can sabotage work by stealing blocks, delivering punches or even throwing someone in the incinerator!

Starblox Inc. (Switch – eShop) comes out on October 18th in Europe and North America. The Upcoming Games page has been updated!

Atelier Ryza: Ever Darkness & the Secret Hideout was released last week in Japan, and it’s off to a great start. According to Koei-Tecmo, the game has already “sold” over 150 000 units (total of shipped units + digital sales), making it the fastest-selling game for the series.

In fact, the game is selling so well that many stores are running out of copies. The situation is so bad that Koei-Tecmo / Gust have had to apologise on Twitter, and invite players who really want the game but can’t find it in stores to get the digital version.

But it’s not just in Japan: according to Koei-Tecmo, the game is also enjoying strong pre-orders outside Japan.

Atelier Ryza: Ever Darkness & the Secret Hideout (Switch) comes out on October 29th in North America, and November 1st in Europe.

Here’s the trailers for the Ghostbusters and John Romero’s Night of the Living Dead add-ons for Into The Dead 2:

Into The Dead 2 (Switch – eShop) comes out on October 25th in Europe and North America. 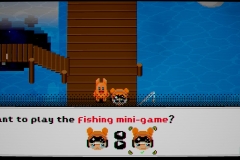 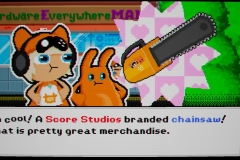 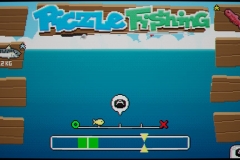 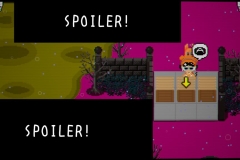 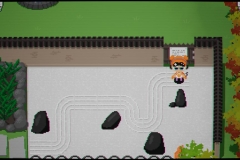 Studio MDHR have shared the following illustration to celebrate the 2nd Anniversary of the game: 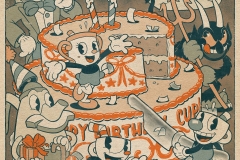 They also revealed that the game has now sold over 5 million units since launch (no platform breakdown provided). And to celebrate, the game is now available with a 20% off discount in all regions!

Here’s a trailer for the Twitch Prime content in Rocket League:

The latest translated interview from shmuplations is about Fatal Fury 3: click here to check it out!