All in! Games have announced that the Nintendo Switch version of Ghostrunner has been delayed to November (it was initially slated for an October 27th release, alongside other platforms). In Japan, the game will be published by H2 Interactive.

Awaken as a Ghostrunner, a blade-wielding warrior with unprecedented agility, and ascend humanity’s sole remaining tower city. Defy death by leaping across buildings, running on walls, and launching to new heights with the Gapjammer grappling hook. With the guidance of an enigmatic A.I. known as the Architect, uncover the Ghostrunner’s past and overthrow the tyrannical Keymaster.

Ghostrunner (Switch – eShop) comes out in November in Europe and North America. No release date for Japan yet. 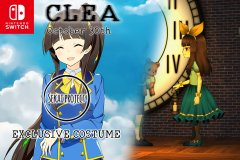