SNK have announced that the latest DLC character for Samurai Shodown, Iroha (voiced by Jun Miruno) will be released on May 13th (North America) / May 14th (Japan). It’s available right now in Europe due to a submission mistake on SNK’s part. It will cost 5.99€ / 600 Yen + taxes separately (and 19.99€ / 2 000 Yen + taxes as part of the second Season Pass). 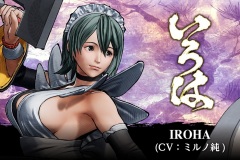 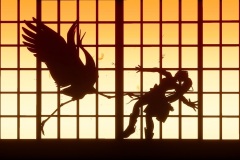 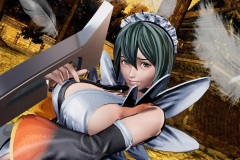 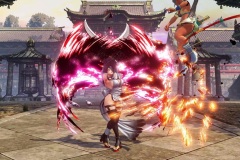 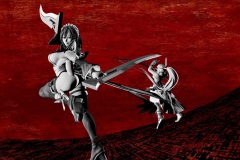 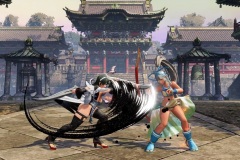 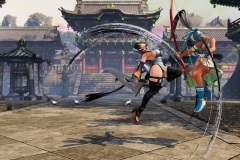 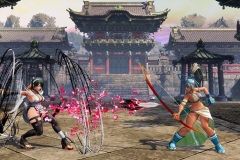 Rocket Vulture have announced that Cannibal Cuisine will be released on May 20th in Europe and North America. It will cost 12.99€ / £10.99, with a 20% off launch discount.

Here’s the latest trailer, some more details, and some screenshots for the game:

There’s more to handle here than ingredients and impatient customers! Fight tourists to collect their meats, use special voodoo powers for healing, cooking or combat, and face specialchallenge levels that will test more than your culinary capabilities! Every player picks a different voodoo power -cook faster with fire breath, stomp-stun tourists, and more. To get 3 stars you’ll have to coordinate between your fruit pickers and tourist hunters for the right ingredients… and that’s before later levels where you have to dodge lava, board boats, and avoid spikes! Play the 24 level story campaign with up to 4 chefs, or engage in competitive versus mode cooking contests, playable bothlocal and online. 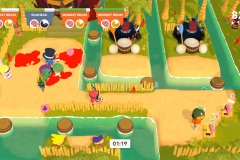 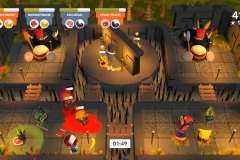 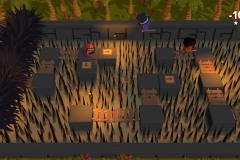 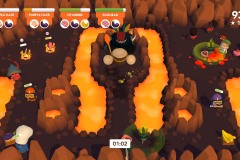 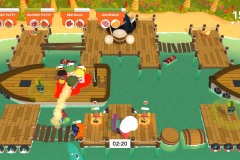 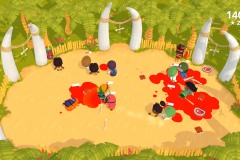 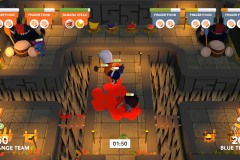 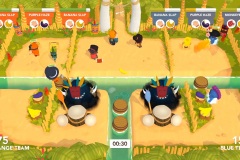 Cannibal Cuisine (Switch – eShop) comes out on May 20th in Europe and North America. The Upcoming Games page has been updated!

505 Games have announced a paid expansion for Indivisible, called Razmi’s Challenges. It will be released at the end of the month in Europe and North America, and will cost $7.99.

Razmi has been hard at work in Ajna’s Inner Realm, crafting a series of fiendishly clever challenges that require players to master a combination of various skills and abilities learned throughout Indivisible’s main campaign. Players will complete Razmi’s Challenges by combining learned moves, such as dash into pole vault, and traverse their way across 40 linear hand drawn levels, each with unique limitations imposed on players by Razmi.

Players who purchase Razmi’s Challenges for Indivisible can access the new content by talking to Razmi in Ajna’s Inner Realm once Mt. Sumeru has been reached for the first time. Players will unlock more challenges as they progress through the main campaign and acquire additional traversal abilities and skills. Packed with a comical side-story, Razmi’s Challenges will offer players more of Razmi’s signature beloved weirdness along with two new palettes

505 Games have shared a trailer and some additional details about the free update for Bloodstained: Ritual of the Night, coming in late May / early June on Nintendo Switch, which adds Zangetsu, the Randomizer mode, and more:

Players who successfully complete the game and receive the “Good Ending” can select Zangetsu as a character when starting a new game, enabling player use of the demon hunter’s full movement and combat abilities. When playing as Zangetsu, players will progress through the same campaign, encountering identical enemy and boss fights but will not use consumables, equipment, crafting, treasure chests or quests normally associated with the campaign as Miriam.

Also available in the free update is Randomizer mode. Using this mode, players can revise many different gameplay parameters in their future playthroughs of Bloodstained: Ritual of the Night. This means that various elements and locations will be shuffled, which will introduce new challenges and breathe new life into the experience for speed runners, streamers and any fan looking get a fresh take on Bloodstained: Ritual of the Night