NIS America have announced that Destiny Connect: Tick-Tock Travelers will be released on October 22nd in North America, October 25th in Europe, and November 1st in Australia / New Zealand. They also revealed a brand new trailer for the game:

PQube have shared a new trailer for WorldEnd Syndrome, showcasing the main characters:

Also, they announced that players who pre-order the game or buy it at launch can get an exclusive mini notepad (only available in the European version of the game). Here’s what it looks like: 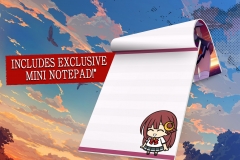 Finally, here’s more pictures of the physical edition in Europe: 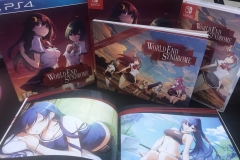 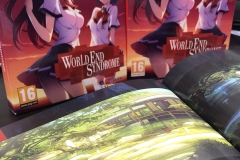 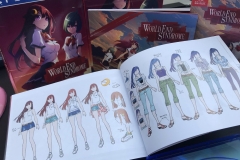 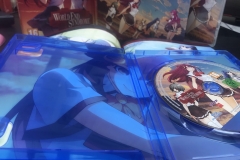 Shiro Games have announced a new game for the Nintendo Switch: Northgard, a Viking Strategy game originally released on Steam. It’s coming later this year, and will include all the content from the base version, but also the Ragnarok and Relics updates.

The game offers the following: six clans, a lengthy campaign, cooperative and competitive online play across various maps including the apocalyptic-themed Ragnarok, ranked play, and more. The developers also went and completely revamped the user interface in order to ensure playing with a controller would be “effortless”.

Here’s a trailer, some details, and some pictures (including the boxart):

Northgard is a strategy game deeply ingrained with Norse mythology. Players take control of their chosen Viking clan to explore and settle new territories which are filled with untold riches and deadly magical foes, from dire wolves and undead warriors, to giants and great dragons. To bring fame to their clan and write history, players will have to carefully manage their resources, trade with rival clans, befriend or defeat mythical creatures, brave the harshest winters and conquer unforgiving lands. 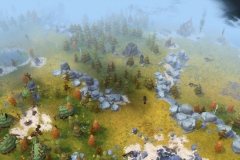 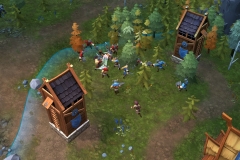 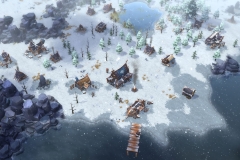 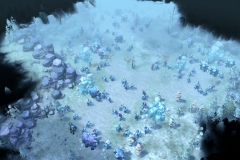 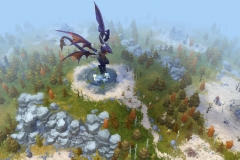 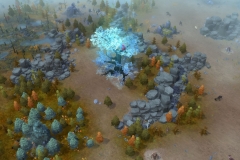 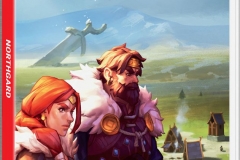 Northgard (Switch) comes out later this year in Europe and North America. The Upcoming Games page has been updated!

Granzella have announced that the Kickstarter campaign for R-Type Final 2 will go live on June 3rd/4th, at the following time:

Granzella also confirmed that the game is planned for the Nintendo Switch, though it’s not clear whether it will be part of the main campaign or a stretchgoal.

Natsume have revealed their E3 2019 line-up, which includes the following games:

After meeting a mysterious man at a museum, three college friends set off on a summer road trip to find the elusive fish he mentions to them. But what’s the story behind this fish? And for that matter, who’s the man who sent them on their adventure in the first place? He certainly is a unique individual, to say the very least! In any case, working together, these friends will unlock all these secrets and more in Reel Fishing: Road Trip Adventure!

Cosmic Defenders is an upcoming Nintendo Switch game being developed by indie developer Fiery Squirrel that will be launching later this year. Cosmic Defenders is a 2D fast-paced revolving shooter about a group of unconventional heroes using the power of nature to stop chaotic aliens from taking over the universe. Cooperate with other guardians, protect the galaxy from the wicked, and restore peace!

A spin-off game that will be revealed on June 11th.