Akihiro Hino has announced that the latest news about Inazuma Eleven: Heroes’ Great Road will be shared next month. That includes release details, such as the release date. He explains that the team has been encountering difficulties, due to the switch to a different game engine, which is why the game is taking so long.

He also revealed a brand new artwork for the game: 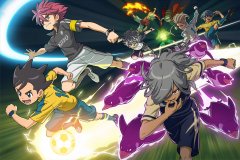 Inazuma Eleven: Heroes’ Great Road (Switch) does not have a release date yet.

Speaking of the full game, it’s now available for pre-purchase on the Nintendo eShop, but unfortunately, there’s no special offer for the Collection of Mana in Europe and North America. Also, a personality quiz is available on the official website: click here to check it out, and earn some goodies!

Finally, here’s the English version of the latest trailer for the game:

PQube have announced that Warborn will be released on June 12th in Europe and North America. Even better: it will also be available at retail on the same day, in both regions!

And here’s the boxart for the game: 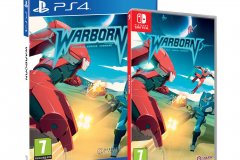 Warborn (Switch – eShop) comes out on June 12th in Europe and North America. The Upcoming Games page has been updated!