Today’s Daily news: Yooka-Laylee and the Impossible Lair announced for the Nintendo Switch, but also…

Playtonic Games have revealed their second game, which is part of the Yooka-Laylee series, but not quite a sequel… Introducing, which is releasing later this year in Europe and North America! It’s a 2D platformer with a 3D overworld, and unlike the first game, it will get a simultaneous release on all platforms. Even better: it’s also getting a not-limited retail release, courtesy of Sold Out!

Yooka-Laylee and the Impossible Lair is a 2D Platforming Adventure Hybrid. Master Yooka and Laylee’s medley of moves and traverse through charming and challenging 2D levels packed to the brim with collectibles, vibrant environments, and a bumbling batch of baddies to battle. Then, pull up your adventuring boots and explore a sprawling 3D overworld that boasts a wealth of puzzles, game-changing secrets, special challenges and a cast of colourful characters to chat to. You’ll meet some familiar faces, and some new ones, as you help Queen Phoebee restore order to the Royal Stingdom.

Make sure to check out the official FAQ for some additional details! 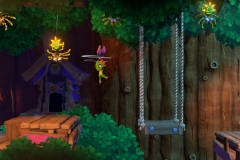 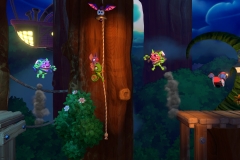 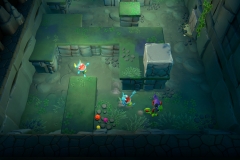 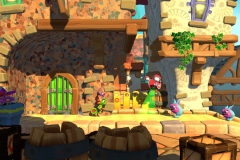 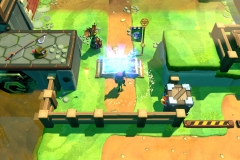 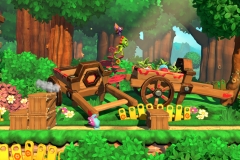 Yooka-Laylee and the Impossible Lair (Switch) comes out later this year in Europe and North America. The Upcoming Games page has been updated! 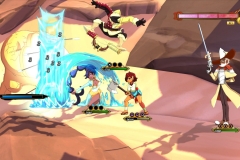 A guard of her home village of Ridgeroad, Freyja is the protagonist of AeternoBlade II. Kindhearted and strong-willed, her skill with a sword has helped defend the world from evil countless times. Right now, her life in the village is peaceful – but it won’t be for long…

Bernard is the second the of the three playable characters in AeternoBlade II. Level-headed and bold, this high-ranking warrior of Chronosia has a strong sense of duty. He’s an AeternoBlade wielder, and his weapon of choice is a halberd. 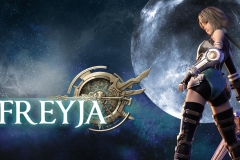 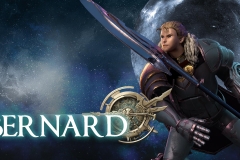 AeternoBlade II (Switch) comes out this Fall in Europe, and later in Japan.

Nicalis have revealed that players who pre-order Umihara Kawase Fresh! on their store can get various goodies, including the following Super Famicom-style box: 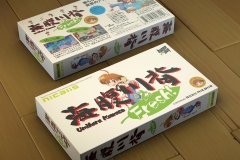 Merge Games have announced a “refresh” of their retail release of Dead Cells. It will be available from August 20th in North America and August 23rd in Europe, and will include the following: 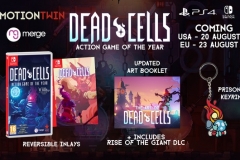