THQ Nordic have announced a new game in the Darksiders: Darksiders Genesis, a spin-off developed by Airship Syndicate. It’s actually a prequel to the entire series, and sees Strife on a mission to save mankind from Lucifer. It will be released later this year worldwide.

Here’s a teaser trailer, some details, and some screenshots:

In Darksiders Genesis, the fourth Horseman of the Apocalypse STRIFE is called upon to save humankind from certain destruction at the hands of Lucifer. True to its roots, Darksiders Genesis will feature intense combat, exploration, puzzle-solving, epic boss battles and serpent holes from heaven to hell. The game marks the first, full-scale Darksiders adventure played from the top-down perspective. 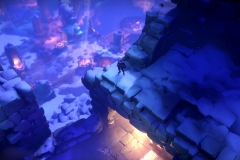 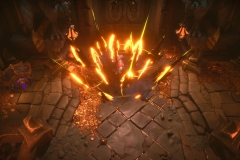 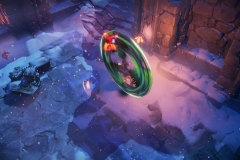 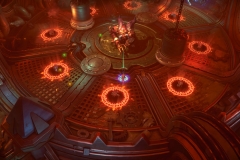 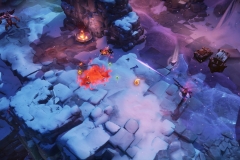 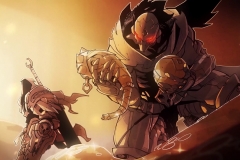 Darksiders Genesis (Switch) comes out later this year worlwide. The Upcoming Games page has been updated!

PM Studios and Acttil have announced that Ministry of Broadcast, which was announced for the Nintendo Switch back in March, is releasing at retail early next year in North America.

“Ministry of Broadcast” embodies the spirit of classic cinematic platformers, where players need finely tuned run-and-jump reflexes as well as a healthy aversion to falling from deadly heights. To earn your freedom and reunite with your family, you must guide our hero through a series of Arenas, which are under the ever-present gaze of the Regime’s electric eye. Each hazardous, decaying environment houses an array of obstacles that you must navigate—leg-shattering drops (hope you’re not scared of heights), flaming trash barrels (with extra fire and extra stench), inconveniently located spike pits (naturally), dangling steel beams (watch for the rusty bits)—but all of that’s nothing compared to the fates of the poor souls you’ll meet along the way…

Ministry of Broadcast (Switch) comes out at retail in Q1 2020 in North America. The Upcoming Games page has been updated!