Fabraz have announced that Skellboy will be released on January 30th in Europe and North America, which is later than initially announced. Pre-orders on the Nintendo eShop will go live on January 20th, with a 10% off discount ($18. Regular price: $20).

Life was peaceful in the Cubold Kingdom until the king’s evil court magician got dumped by the princess. With his heart broken and his rage fueled, he called upon the evil spirits to resurrect the dead and the kingdom’s long forgotten monstrosities. What he doesn’t realize in his fury is that he accidentally summoned an ancient hero as well… Skippy! Travel across the beautifully rendered kingdom of Cubold and take full advantage of your resurrected, skeletal body!

Swap out body parts to acquire new abilities during your adventure or pick up a new weapon to vanquish the evil magician’s lackeys. Onwards, Skippy, it’s time to be a hero once more!

Skellboy (Switch – eShop) comes out on January 30th in Europe and North America. The Upcoming Games page has been updated!

2Awesome Game have announced their latest game for the Nintendo Switch: Lumini, originally developed by Speelbaars. It will be released in early 2020 in Europe and North America.

In Lumini the players take control of a swarm of the titular creatures – an ancient race that has been missing for thousands of years – and grow, evolve and keep the swarm safe during their challenging and perilous journey. Sail your Lumini through beautiful, time-worn landscapes, encounter mystical and bewildering creatures and solve ancient puzzles to discover why the Lumini vanished, while trying to restore peace and harmonic balance to their home planet.

Lumini (Switch – eShop) comes out in early 2020 in Europe and North America. The Upcoming Games page has been updated!

Here’s the debut trailer for Batman Shadows Edition, a re-release of the Batman series by Telltale Games including additional content (can also be bought separately as DLC if you already own the game, for £3.99. Full package: £23.96):

Batman: The Telltale Series cast players into the fractured psyche of Bruce Wayne in a dark and violent original story and challenges players with discovering the powerful and far-reaching consequences of choice as the Dark Knight. As Batman, players will encounter classic allies and adversaries, and will learn the true meaning of what it means to be the man behind the cowl as Bruce Wayne.

Batman Shadows Edition – A Telltale Bundle (Switch) does not have a release date yet. The Upcoming Games page has been updated!

Heads up for players interested in Blasphemous: a demo version is now available for download from the Nintendo eShop, in Europe and North America!

Atelier Ryza: Ever Darkness and the Secret Hideout

Heads up for players who are enjoying/enjoyed the soundtrack: the full original soundtrack album (61 tracks in total) is now available on Spotify. Click here to check out the playlist!

Heads up for fans of one of the most cubic of video game characters: a set of stickers based on Quby from the BoxBoy! series, is now available on LINE. You can get it from the Sticker Shop on the More or Wallet tab in the LINE app. 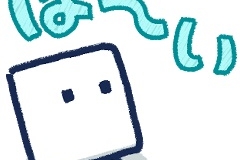 Heads up for players who have played Heave Ho and enjoyed its music: the full soundtrack is now available (legally!) on YouTube: