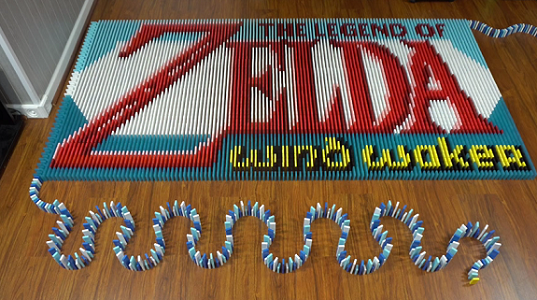 Today’s Daily and Indie news: Wii U version of Earthlock: Festival of Magic releasing in Early 2017, but also…

Yesterday, Snowcastle Games published the latest Kickstarter update for Earthlock: Festival of Magic. They revealed that the Wii U version would actually come out sooner than expect, as they decided to go through a third-party service to port the game to that platform.

The game will be released as soon as it’s ready, and it looks like it will be at more or less the same time as the PlayStation 4 version, which should be released sometime in Early 2017.

In the Kickstarter update, the developers also talk about what they focused on last month, and reveal that the game has been translated in 7 additional languages:

Domino King – The Legend of Zelda: The Wind Waker

In their latest video, the Domino King tackles The Legend of Zelda: The Wind Waker. The whole thing was made using 78 175 dominoes, and took a total of 3 weeks to create.

Here’s the trailer for Kutar, which comes out this Thursday (November 10th) in North America (the European release will come at a later date):