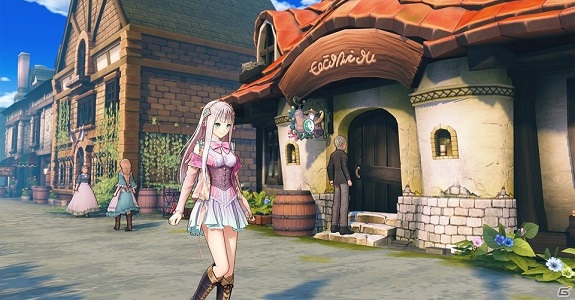 Starting today, players in Japan can download a demo version of Katamari Damacy Reroll, which comes out next month. This demo allows you to play just one level, but does feature HD Rumble (that you have to activate manually via the options). It will be released on December 7th in Europe and North America, on the same day as the game itself. By the way, you can find the complete list of Nintendo Switch games with a demo on this page!

Also, the game is available for pre-purchase on the Nintendo eShop in Japan. It costs 3 456 Yen, and requires about 3GB of free space. This version does offer an English (and various other languages) option, but keep in mind it will be releasing after Europe and North America.

Katamari Damacy Reroll (Switch) comes out on December 7th in Europe and North America, and December 20th in Europe. The Upcoming Games page has been updated!

Here’s the latest set of pictures for Atelier Lulua: The Scion of Arland, showcasing some of the characters:

Atelier Lulua: The Scion of Arland (Switch) comes out next year in Japan, and next Spring in Europe and North America.

Here’s the launch trailer for Toki, now available at retail in Europe (except in the United Kingdom):

Watch Remi and Choux team up and claw their way through #RemiLore. Coming this winter to #NintendoSwitch #PS4 #XboxOne and Steam! pic.twitter.com/kJ0gu4mqWE

Here’s the latest screenshot and video clip for Bilion Road:

Bilion Road (Switch) comes out on November 29th in Japan.

Yesterday, Koch Media sent a press release to announced that they have signed a distribution agreement with Raiser Games in order to release Youtubers Life OMG! Edition at retail “globally”. Unfortunately, no release date is provided (digital version is already available in Europe and North America).