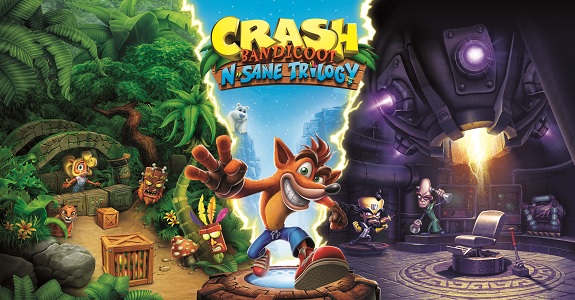 Today’s Daily Briefs: videos of the save data transfer bonuses in Dragon Quest Builders 2, but also…

Today, Square-Enix updated the official website with two videos, showcasing the bonuses you can get by transferring your save data from the first Dragon Quest Builders to this second game:

Earlier this year, during the latest global Nintendo Direct presentation, it was announced that Crash Bandicoot N. Sane Trilogy will be released on July 10th on Nintendo Switch. But yesterday, it was announced that this release date was changed… but not because of a delay! Indeed, the game is now releasing on June 29th, so roughly two weeks early!

Crash has defeated N. Tropy and is giving fans the gift of time! The N. Sane Trilogy is launching on new platforms early — June 29, 2018! pic.twitter.com/cbMtgUGBmM

Crash Bandicoot N. Sane Trilogy (Switch) comes out on June 29th in Europe and North America, and later this year in Japan. The Upcoming Games page has been updated!

Here’s the English trailer for the Showdown Mode in Attack on Titan 2, that new online mode to be added next week via a free Software update (on May 15th):

Yesterday, Nicalis announced one more playable character for Blade Strangers… Shovel Knight. Yes, he’s ending up in yet another game!

Battle Chasers Nightwar (Switch) comes out on May 15th in Europe and North America.

Yesterday, tinyBuild announced that Hello Neighbor will be released on July 27th in Europe and North America.

Little Dragons Café (Switch) comes out this Summer in Europe and North America.

Tennis World Tour (Switch) comes out on May 22nd in Europe and North America, and July 26th in Japan.

Majyuuou is a platformer released on the SNES in 1995, in Japan. It’s the latest retro game to get a physical reprint, courtesy of Columbus Circle. It’s releasing on May 24th in Japan!

Here’s some more screenshots for Class of Heroes Anniversary Edition: