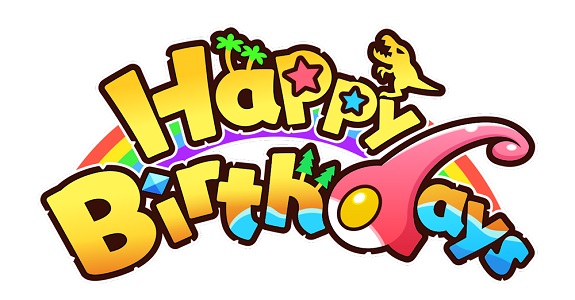 Happy Birthdays (Switch) comes out on March 29th in Japan, June 5th in North America, and June 8th in Europe.

During the latest Nintendo Direct presentation, it was announced that Little Nightmares: Complete Edition was headed to the Nintendo Switch in May. Today, we have the confirmation that Japan will also get the game, though a little bit later than Europe and North America: on June 7th. The game will cost 3 200 Yen + taxes in that country.

Little Nightmares: Complete Edition (Switch) comes out on May 18th in Europe and North America, and June 7th in Japan. The Upcoming Games page has been updated!

The latest issue of Famitsu magazine will be released on Thursday in Japan (effectively Wednesday morning/afternoon in North America and Europe).

Last week, NIS America announced that Ys VIII: Lacrimosa of Dana will be released in late June in Europe and North America (just like in Japan). Unfortunately, players in Australia and New Zealand will have to add one additional week, until July 6th!

Ys VIII: Lacrimosa of Dana (Switch) comes out on June 26th in North America, June 28th in Japan, June 29th in Europe, and July 6th in Australia/New Zealand. The Upcoming Games page has been updated!

How does a dung beetle deliver the mail underwater? With the Dive Fish ability, of course!

Rising Star Games has announced that the English version of Hello Kitty Kruisers at retail would include one of 6 official Sanrion iron-on badge. Here’s what they look like:

Hello Kitty Kruisers (Switch) comes out on April 26th / April 27th in Europe (digital and retail respectively), and this Spring in North America.