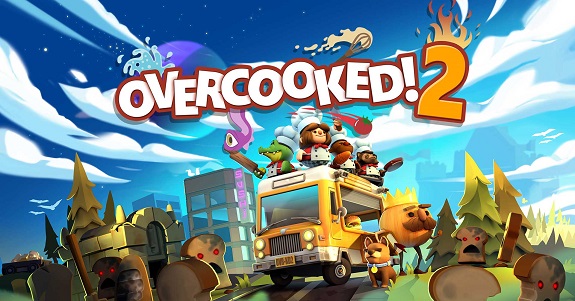 Here’s the pre-order trailer for Overcooked! 2:

A few weeks after XSEED did the same for North America, Marvelous Europe shared some details about the European release of Gal Metal. The retail edition will be known as Gal Metal: World Tour Edition, and it will include the Encore DLC Pack (5 new characters, each with their own unique story and song). It will be available at “select retailers”. Game and DLC will also be sold separately on the Nintendo eShop (presumably with a bundle including both the game and the DLC).

Gal Metal (Switch) comes out this Summer in Europe, and this Fall in North America. The Upcoming Games page has been updated!

Here’s the latest set of pictures for SaGa Scarlet Grace:

Here’s the latest sert of pictures for Blade Strangers:

Today, Warner Bros. announced that LEGO DC Super-Villains will be released on October 25th in Japan, only a few days after Europe and North America. Here’s a Japanese trailer and some pictures:

LEGO DC Super-Villains (Switch) comes out on October 16th in Europe and North America, and October 25th in Japan. The Upcoming Games page has been updated!

And another kart racer for the Nintendo Switch, one! This time, we have Nickelodeon Kart Racers from GameMill, and featuring some of the most well-known Nickelodeon characters. It will be released this holiday in Europe and North America, and will cost 39.99€ / £29.99 / $39.99.

Here’s some details and some pictures (including the boxart):

Nickelodeon Kart Racers (Switch) comes out this holiday in Europe and North America. The Upcoming Games page has been updated!

Lead artist of Shining Resonance Refrain, Tony Taka talks about what influences he brought to the game. pic.twitter.com/GCcDGNvNl7