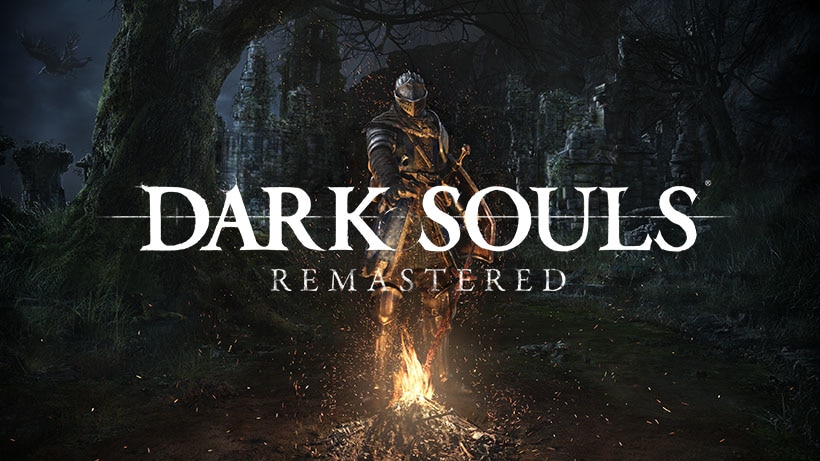 Bad news for players who were looking forward to Dark Souls Remastered on Nintendo Switch: this version of the game (and just that one!) has been delayed to this Summer (the exact date is still TBA), for unspecified reasons. It was initially slated for a May 24th (Japan) / May 25th (Europe, North America) release, just like the Solaire of Astora amiibo (which is also delayed).

Also, here’s the latest set of screenshots for the game:

Today, Ubisoft announced that its annual E3 press conference would take place on June 11th, at the following time:

We don’t know what will be shown during the press conference, but we already know that at least one game on Nintendo platforms will be showcased… Just Dance 2019!

Save the Date, #UbiE3 is coming! Join us on June 11, from 1pm PT.
More to come, stay tuned… pic.twitter.com/0WcPSSiQv2

Ao no Kanata no Four Rhythm

Ao no Kanata no Four Rhythm was released last month in Japan, and it looks like sold better than initial sales data indicated… at least, for the developers. Today, they announced that they had shipped all the units they had for the first-print edition of the game, and that stocks for the regular edition were also getting low.

When all units have been shipped, the physical release will be discontinued, and the only way to get the game will be to buy it from the Nintendo eShop. With how niche Visual Novels are (especially late ports, on console to boot), it’s no real surprise.

Also, they have confirmed that the Nintendo Switch version of the game has reached their sales target!

We already knew that Fallen Legion: Rise to Glory was headed to the Nintendo Switch on May 29th / June 1st in North America and Europe respectively, but today, Arc System Works announced they would publish the game in Japan. Unlike in Europe and North America, it will only be available via the Nintendo eShop in that region, this Summer.

Finally, here’s some screenshots and artworks for the game:

Fallen Legion: Rise to Glory (Switch) comes out on May 29th in Japan, June 1st in Europe, and this Summer in Japan. The Nintendo eShop page has been updated!

Here’s the latest livesteam recording for Shantae: Half-Genie Hero, showcasing the Friends to the End DLC:

Here’s pictures of the bonus goodies included in the Limited Edition for Mega Man Legacy Collection 1 + 2 (only available via eCapcom, in Japan):

Mega Man Legacy Collection 1 + 2 (Switch) comes out on May 22nd in Europe and North America, and May 24th in Japan.