NicoNico Choukaigi is a special event held every year by NicoNico. Unlike the Game Party Japan, it’s not all about video games, even though game company are usually quite present at the show. Last year, Nintendo event held a special Big Band concert!

And today, Capcom has announced its line-up for the show, and Dai Gyakuten Saiban: Naruhodou Ryuunosuke no Bouken (a brand new Ace Attorney series from Shu Takumi himself) is one of the games the company will bring there (along with Monster Hunter 4 Ultimate, the only other title on a Nintendo console). 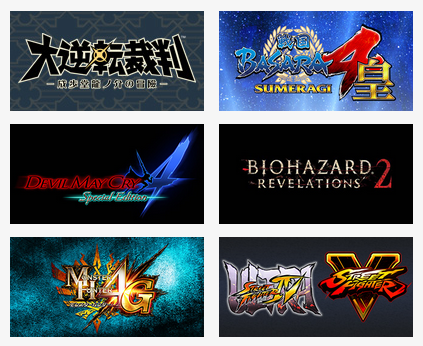 Capcom will give more information about the show next week, on March 24th. They will also give some details about the various stage shows on April 10th, and Dai Gyakuten Saiban: Naruhodou Ryuunosuke no Bouken will most definitely get one (it should even be broadcast live on NicoNico, though nothing has been confirmed yet).

But the most important thing about NicoNico Choukaigi is that Capcom usually reveals new information about Ace Attorney games just before major events like this one: they did so with Phoenix Wright: Ace Attorney – Dual Destinies and Dai Gyakuten Saiban: Naruhodou Ryuunosuke no Bouken just before the Tokyo Games Show in 2012 and 2014 respectively.

And it was just before the 2013 edition of NicoNico Choukaigi that Capcom revealed lots of information about Phoenix Wright: Ace Attorney – Dual Destinies… including the release date, and a brand new trailer featuring gameplay. It’s quite likely that Dai Gyakuten Saiban: Naruhodou Ryuunosuke no Bouken will get the same treatment this year, though obviously nothing has been confirmed yet.