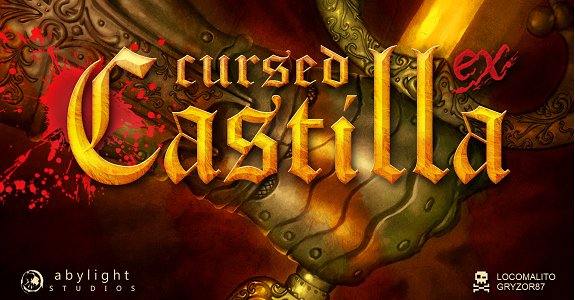 Cursed Castilla is an indie game developed by Locomalito and Abylight, and more precisely a platformer inspired by arcade classics such as Ghosts ‘n Goblins and the likes. It offers a modern take on the direct, fast-paced, addictive and straightforward gameplay, while offering a healthy dose of challenge in every stage.

You get to play as Don Ramiro, who goes to fight the forces of evil invading the lands of Tolomera, under the orders of Alfonso VI of Castilla (the King). The game takes place in the Kingdom of Castilla, which is a medieval Kingdom located in what eventually became Spain. It’s for this reason that the enemies are based on monsters from the European folklore and legends: mouras, ojáncanos, nuberus, and more.

Cursed Castilla was created using the GameMaker Engine, which is not supported on Nintendo 3DS. As such, Abylight had to implement ther own engine (called VEGA) in order to port it to Nintendo’s handheld. Naturally, the developers used that as an opportunity to add some extras, such as a new coin-op mode, stereoscopic 3D, and more.

Here’s the key features of this Nintendo 3DS version of Cursed Castilla:

Finally, here’s a couple of screenshots for the game:

Cursed Castilla (3DS – eShop) does not have a release date yet. The Upcoming Releases page has been updated!