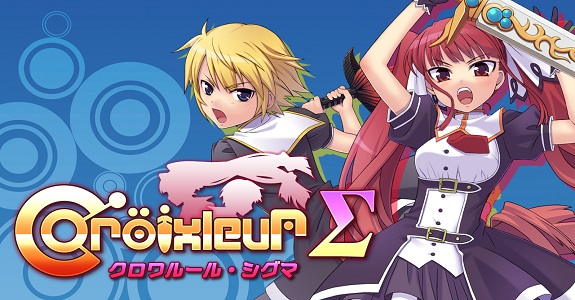 Last week, at the Digige 2017 expo in Japan, a brand new game for the Nintendo Switch was playable for the very first time (in fact, it was the first public showing, period): Croixleur Sigma. For those who never heard of this game before, it’s a frenetic hack ‘n slash arcade action game, originally developed by souvenir circ..

Croixleur Sigma was previously released on PC and PlayStation 4 / Vita, and it’s now headed to the Nintendo Switch. We don’t have any details about that version of the game, though… we just know that it’s development.

Tonight, in the Queen’s realm of Ilance, two prodigies representing the Knight and Aristocrat factions will do battle in ‘the Adjuvant Trial’. This ritual, which has been held since the founding of the nation, decides which faction will hold military and political authority, and protect the Queen, the living symbol of the realm. The fate of the nation is at stake as these two girls set aside their childhood friendship and undergo a trial in which there can be only one victor.

And here’s the main features (based on PC version, as we don’t know if there’s going to be any extra content or features yet):

Finally, here’s some screenshots and a trailer for the game (again, from the PC version):

Croixleur Sigma (Switch – eShop) doesn’t have a release date yet, but it’s already been added to the Upcoming Games page!