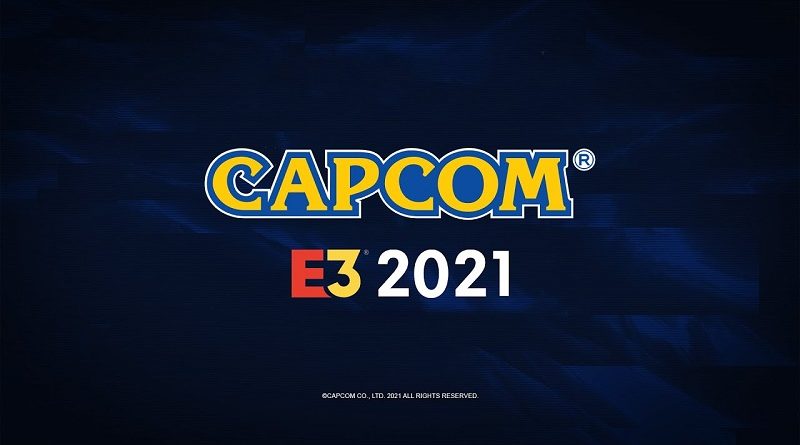 Yesterday, Capcom held their very first E3 presentation. There wasn’t any surprise announcements or anything, unfortunately. Still, if you’d like to watch the whole thing (again), you can do so on YouTube:

Capcom announced that a demo version for Monster Hunter Stories 2: Wings of Ruin will be released on June 25th worldwide. It will allow you to play through the opening hours of the game, with save data transfer to the full version of the game possible for those interested in the full adventure.

Also, just like Monster Hunter Rise, Monster Hunter Stories 2: Wings of Ruin is to get free Software updates after launch. The first one will allow players to get a Palamute in-game, and it will be released on July 15th.

The new story trailer for Monster Hunter Stories 2: Wings of Ruin shed light on the fate of the famous Monster Rider Red, the origins of Razewing Ratha, and the player’s journey to unravel the Wings of Ruin prophecy. Monster Riders eager to hop in the saddle to experience the opening hours of the highly anticipated RPG can enjoy a Free Trial Version offering full save data transfer when it lands on June 25 for Nintendo Switch™ and Steam at launch. Fans interested in seeing more of the diverse and majestic monsters coming to the game could catch a glimpse of numerous fan favorites they can bond with during their travels, including Elder Dragons Kushala Daora and Teostra. Finally, the showcase offered a look at some of the free title updates coming to the game after its release on July 9, 2021, starting with the Palamute from Monster Hunter Rise.

Also, it’s been announced that Download Cards for the game will go on sale from June 21st in Japan. Here’s what they look like: 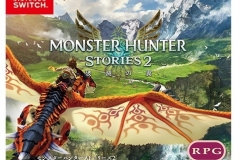 During the presentation, Capcom showed not one, but two new trailers. One focuses on the new features, while the other is a regular trailer.

Budding defense attorneys looking to make the journey West with rookie ace attorney Ryunosuke Naruhodo got a first look at the new features and gameplay arriving with The Great Ace Attorney Chronicles. While investigating heinous crimes, Ryunosuke and his legal aid Susato Mikatoba will team up with the preeminent investigator in London: Herlock Sholmes. During these Dances of Deduction, the duo will need to work together to untangle the ace detective’s over-enthusiastic assumptions and discern the truth. In order to stave off the peril awaiting his clients, Ryunosuke must use these facts in court to convince a jury of his client’s innocence. Just as the scales of justice lean toward a guilty verdict, Ryunosuke can engage in a Summation Examination to tip the scales back in his favor. This seldom-used legal practice allows Ryunosuke to pick apart any inconsistencies in each juror’s logic, and pit the jury against itself to force the trial to continue. With 10 new cases to unravel, eight mini escapades to experience, and a wealth of bonus content to explore, ace attorneys will have a full docket when The Great Ace Attorney Chronicles arrives in court on July 27, 2021.

The Great Ace Attorney Chronicles (Switch) comes out on July 27th in Europe and North America, and July 29th in Japan.

During the presentation, Capcom shared some details about the collaboration with Monster Hunter Stories 2: Wings of Ruin. The Event Quest will be released this week (on June 18th), and will allow players to craft layered armour based on Tsukino for your Palico. Also, the latest Software update (Ver. 3.1.0) will be released next week, on June 24th. It will be accompanied by the latest set of paid DLC.

The robust post-launch support for the critically acclaimed Monster Hunter Rise continues, with the next update featuring the first Capcom collaboration title: Monster Hunter Stories 2. Hunters who complete the free collaboration quest arriving June 18 will receive layered armor based on the wise Palico Tsukino for their buddies, while players who use save data from Monster Hunter Stories 2 can access the Rider layered armor based off the gear of Mahana Village Monster Riders on July 9. Additionally, new Event Quests arrive starting June 24, and offer a variety of rewards for intrepid hunters such as new armor, gestures, and stickers. Fashionistas will also gain access to a treasure trove of new looks, with new (paid and unpaid) DLC options for hunters and their buddies. Finally, fans can look forward to a number of additional collaborations with other Capcom titles throughout the second half of 2021.