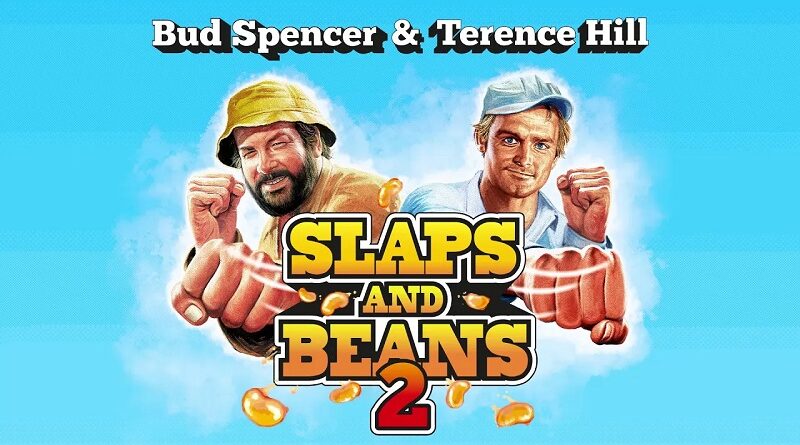 After a successful Kickstarter campaign last year (where they raised no less than 257 476€), Trinity Team announced today that they have teamed up with ININ Games and Buddy Productions. The result of that partnership? A retail and digital release for Bud Spencer & Terence Hill – Slaps and Beans 2. The game will launch sometime in Spring 2023 in Europe and North America.

Bud Spencer & Terence Hill – Slaps and Beans 2 will feature an enhanced combat system, mini games, more detailed pixel art, a co-op mode, and even a competitive party mode. It will also be entirely dubbed in English, German, Italian and Spanish, and will have its soundtrack composed by Oliver Onions.

Bud and Terence are back and in their second original video game adventure, they will stop more scoundrels with earth-shattering slaps and flying kicks – always with a crisp line on their lips. Slaps and Beans 2 builds on the success of its predecessor with an enhanced combat system, fun mini-games, more detailed pixel art, a co-op mode, and a dedicated competitive party mode for up to four players.

By popular demand from the amazing community, the sequel will now be fully dubbed for the first time in English, German, Italian and Spanish, to provide an even more authentic experience. Paired with more iconic soundtracks from the movie composers Oliver Onions and the faithfully recreated characters, Slaps and Beans 2 will make the hearts of fans around the world beat faster.

Bud Spencer & Terence Hill – Slaps and Beans 2 (Switch) does not have a release date yet, but is slate for a Spring 2023 release in Europe and North America.