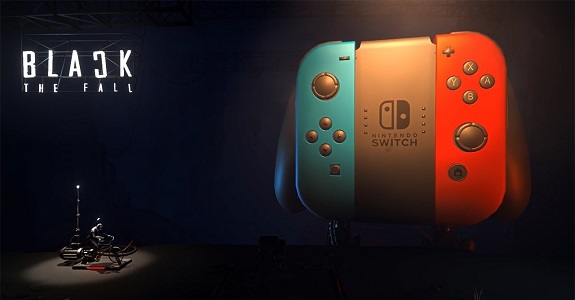 Developed by Sand Sailor Studio, Black The Fall is an atmospheric puzzle platformer set in a dark world inspired by Romanian Comminism, as well as 90’s Sci-fi universe. You get to control an old machinist, who has to manipulate his way out of The System.

After decades of toil, an old machinist plots his escape from the oppressive grasp of the Communist regime. Through hidden passages, shadow and grief, he struggles. Ingenuity, reflexes and deception are his tools. Along the road, he befriends the most unlikely creature, an abandoned little robot. Could they escape this bleak and deadly world, together?

And here’s the key features of Black The Fall:

Finally, here’s the Nintendo Switch trailer for the game:

Black The Fall releasing this very week on Nintendo Switch… in North America, that is (you can find more details about that in this post). If you live in Europe and don’t want to buy the game from the North American Nintendo eShop, you will have to wait until January!

Black The Fall (Switch – eShop) comes out on December 14th in North America, and in January in Europe. The Upcoming Games page has been updated!