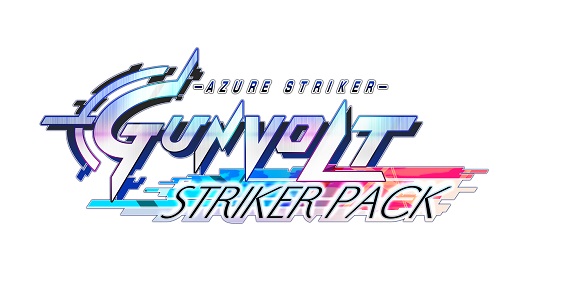 In case you’re wondering: no, it’s not a straight port. This version of the pack includes some new features, but also improvements, and even bonus content. In other words, it’s the most complete version, for the ultimate Azure Striker Gunvolt experience.

What kind of imprpvements, you ask? For starters, both games now run at 60fps instead of 30fps, since the Nintendo Switch isn’t bound by the same technical limitations as the Nintendo 3DS. According to Inti Creates, you can really feel the difference when playing as Copen in Azure Striker Gunvolt 2.

But that’s not all: this version of the game will come with all the DLC for the Nintendo 3DS version pre-loaded: that’s extra stages and bosses, bonus modes, and new songs, available right from the start.

Also, this version of the game will feature a brand new song by Lumen (voiced by Megu Sakuragawa). Graphics-wise, it offers a much higher resolution, and text was made much easier to read.

The developers also used that opportunity to adjust game balance, and add some general gameplay improvements. One of the biggest changes is for the Kudos system in Azure Striker Gunvolt, which has been replaced by the Kudos system from Azure Striker Gunvolt 2. Some changes were also made to some stages to balance out difficulty, and some minor gameplay improvements were added.

As far as languages go, the Azure Striker Gunvolt: Striker Pack will be playable in the following languages: English, Spanish, French, German, Italian, Portuguese, and Japanese. Finally, it’s confirmed that the game will be playable using the Nintendo Switch Pro Controller… without a patch, this time!

Finally, here’s some artworks and screenshots (along with pictures of the retailers bonuses for Japan):

The Azure Striker Gunvolt: Striker Pack (Switch) will be released on August 31st worldwide. The price for Europe and North America is yet to be determined, but in Japan, it will cost 5 000 Yen at retail for the regular edition, and 8 000 Yen for the Limited Edition (that comes with a DVD of the Azure Striker Gunvolt OVA, and a Drama CD). The digital version will cost 4 900 Yen.

Unfortunately, we don’t know if there will be a retail release in the west, but the lack of pricing info implies Inti Creates is considering it.