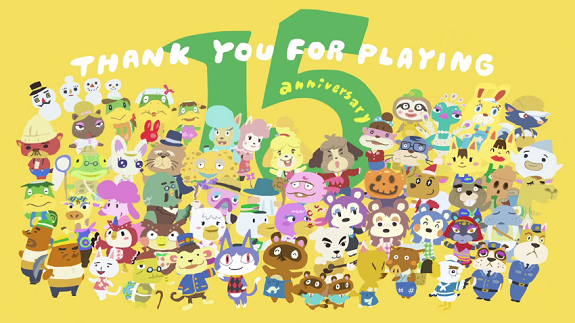 This year, several major series from Nintendo celebrates their Anniversary: The Legend of Zelda (30th), Metroid (30th) and Pokémon (20th). But in fact, there’s a more recent series which also celebrates its Anniversary today… Animal Crossing, who turns 15th today. Indeed, it’s 15 years ago that the very first Animal Crossing game, on Nintendo 64, was released in Japan (it never made it to Europe or North America).

To celebrate the 15th Anniversary of the Animal Crossing series, Nintendo uploaded a special video looking back at the various games in the series (NB: the dates are for the Japanese releases):

Here’s the special video for the Animal Crossing 15th Anniversary:

And you, what was your first Animal Crossing game, and which one is your favorite?